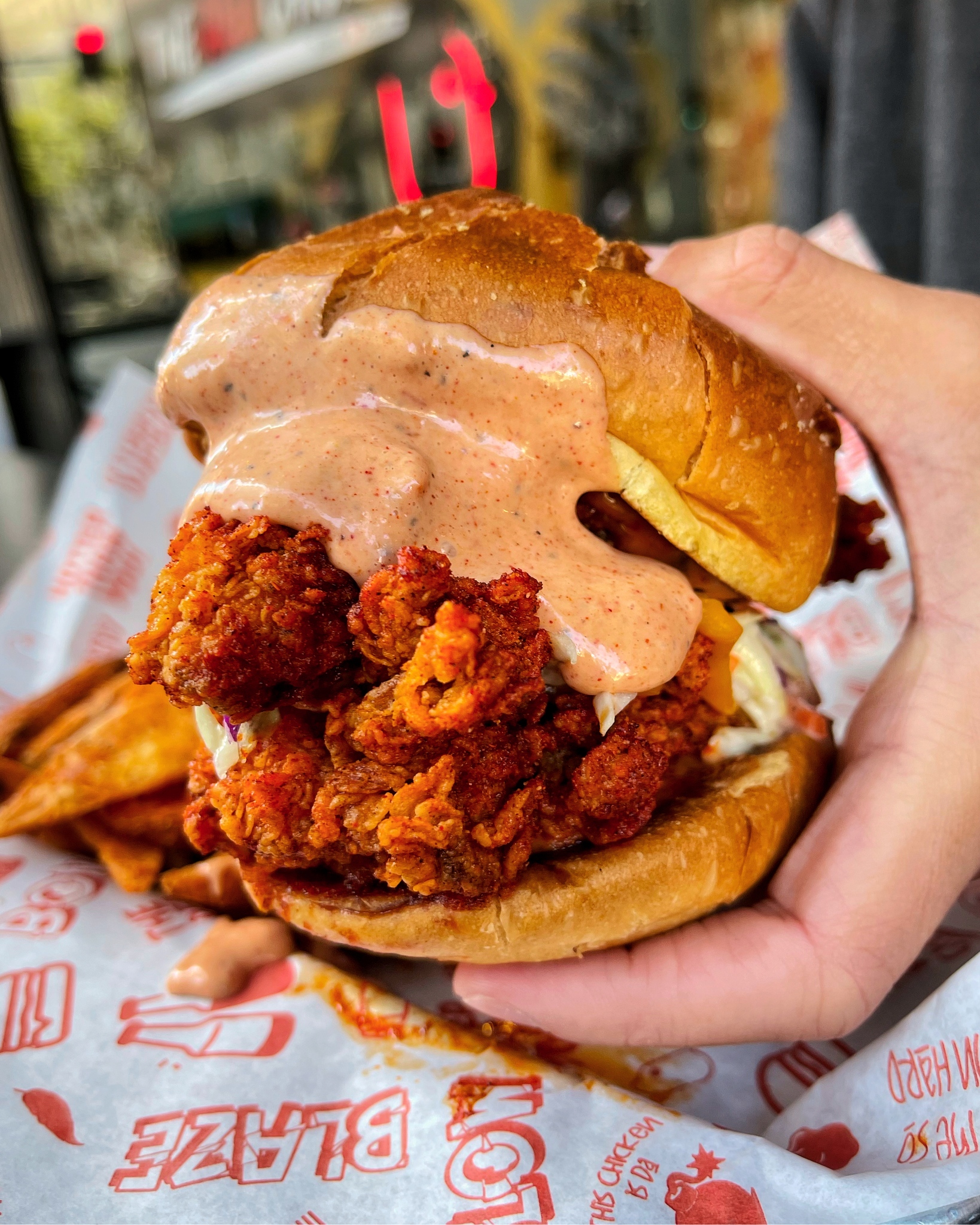 The Red Chickz is coming to Culver City and construction is underway at 10100 Venice Boulevard with the restaurant’s signature sign already in place. Their first LA location is downtown and the restaurant’s specialty is the Nashville Hot Chicken. Red Chickz also uses 1005 hormone free natural chicken for their food.

You have a choice of wings, tenders and chicken sandwiches, they also have an original Chickz sandwich and a chipotle version. You can also find Chickz Tacos, Chickz Loaded Wedges, and Jumbo Shrimp. What’s different about Red Chickz is that they also have the option of ordering their chicken tenders hot or their wings with waffles or French toast. You can even order a chicken french toast sandwich from their restaurant.

The menu offers six levels of “heat” or how hot the chicken will be, which you can decide for yourself. The sides are potato wedges, cheese curds, pickles and coleslaw and there are, of course, dips available like barbecue and homemade ranch.

When I spoke with co-founder Nima Christianson via phone interview, he said the grand opening of the new site was this Saturday, August 20 at 12:00 p.m. Plus, ESPN will be there with autographed memorabilia to give away.