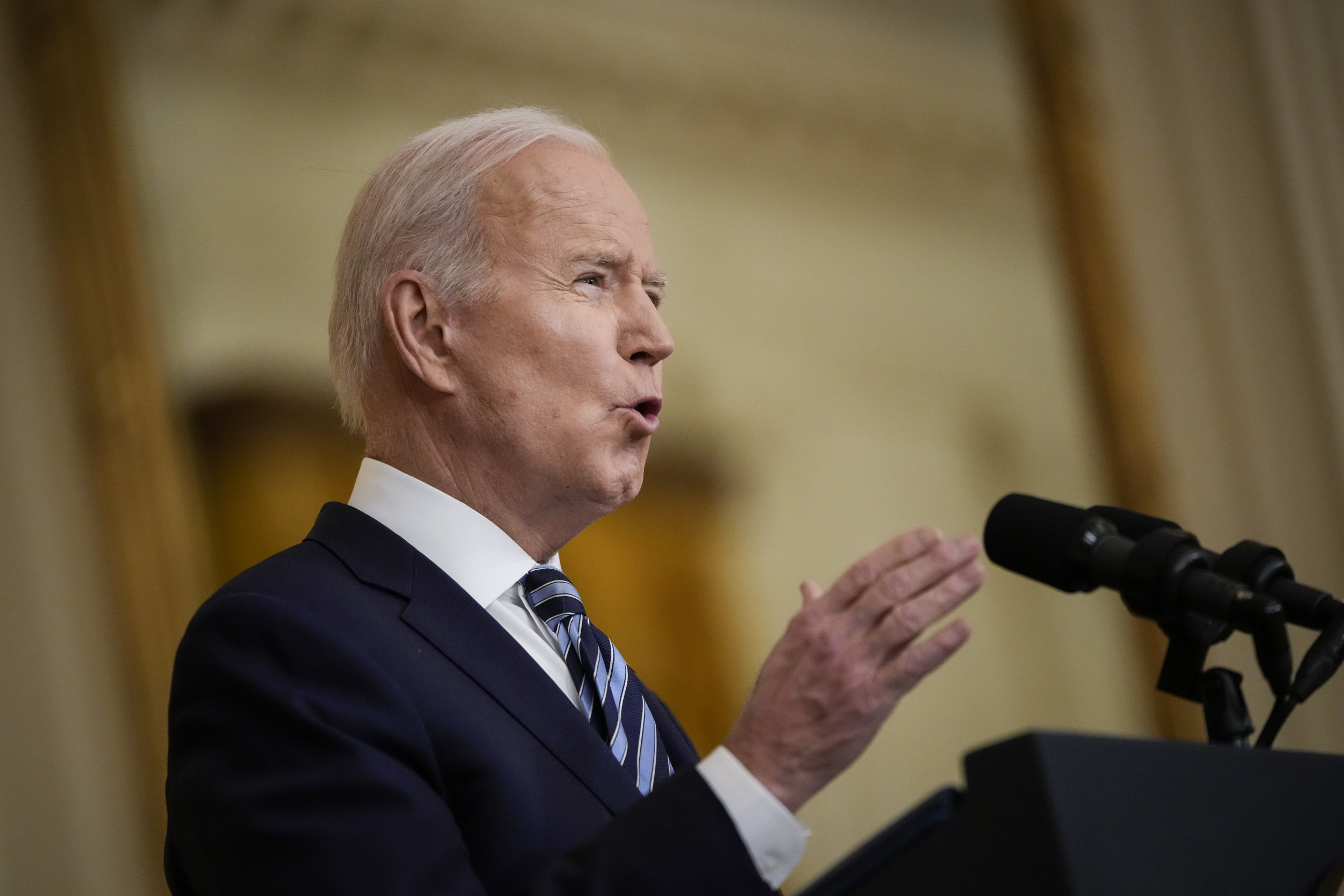 Spokesperson for President Joe Biden defends the increase in gasoline costs that Americans must pay to defend our values. It is a good trick to cite Russian sanctions for price increases prior to the sanctions. Democrats blame Russian strongman Vladimir Putin for Hillary Clinton’s 2016 loss and record inflation rates, but Hillary was a flawed candidate and Biden has long waged war on affordable energy.

Biden’s first actions as president included to return the Paris Climate Accord, the cancellation of the Keystone XL pipeline, the halting of a rental program in the Arctic National Wildlife Refuge (ANWR), the issuance of a 60-day delay stop on new oil and gas leases and drilling licenses on federal lands and waters (which account for nearly 25% of U.S. production), directing federal agencies to eliminate fossil fuel “subsidies”, imposing stricter regulations on methane emissions from oil and gas (which were first enacted under President Barack Obama and relaxed under President Donald Trump), and the hiring of SEC regulators to prepare disclosure mandates on the climate and ESG.

The cancellation of the Keystone pipeline deprives the United States of cheaper and more environmentally safe access to Canadian oil for Gulf Coast refineries. Biden’s other policies will do even more damage, make America weaker and more dependent on foreign countries, and drive up energy prices. Even the Democratic Governor of New Mexico critical Biden’s suspension of oil and gas leases, sought an exemption to protect his economy and education funding, and argued that moving production elsewhere would increase carbon emissions.

Biden’s Interior Department has proposed policies to raise the cost of locally produced power. Secretary Debra Haaland has recommended that we increase the federal royalty rate for oil and gas drilling on federal lands, consider increasing bond payments companies must set aside for future cleanups, and focus leasing in areas close to existing oil and gas infrastructure. House Democrats would like to go even further and ban drilling in ANWR and along the Atlantic and Pacific coasts.

Biden has extended his 60-day moratorium on new oil and gas leases indefinitely, until the administration can complete a full review of “climate change impacts.” Republican attorneys general successfully sued the administration to resume oil and gas lease sales, generating $192 million in bids for Gulf of Mexico drilling rights. Although companies have been racking up leases and drilling permits, anticipating a hostile Biden administration, such moves offer only temporary respite. Biden’s moves to limit drilling activity and raise the costs of that activity will particularly hurt the economies of states like New Mexico, Wyoming, North Dakota and Colorado.

Biden raised the “social cost of carbon,” a metric first used by Obama, from $7 to $51 per ton of carbon dioxide emissions. Unlike Trump, Biden wants American industry to offset costs imposed outside the country. The administration cites the modeled impacts of sea level rise, droughts and other consequences of climate change to justify more costly regulations on the oil and gas industry. The Republican attorneys general sued, arguing that Biden lacks the power to unilaterally increase the estimate. A federal judge agreed that the higher cost would “artificially increase cost estimates for rental sales” and hurt energy-producing states. Biden responded by again halting new oil and gas leases on federal lands and waters.

Biden’s progressive financial regulators are ready do even more damage to the US economy by discouraging energy investment and politicizing the allocation of capital. They promised to control loans to oil and gas companies, imposing tests on how investments could be threatened by climate change, rather than allowing banks to assess their own risks. Biden named Sarah Raskin, who has called fossil fuels a ‘terrible investment’ and wants to use the regulatory system to move away from ‘high-emissions’ investments, as vice president of Reserve system oversight federal. SEC Chairman Gary Gensler will require public companies to disclose more about the climate, signaling investors to beware. Secretary Yellen and other officials have warned that climate change could endanger both banks and the broader financial system. Democrats previously wanted to use regulators to go beyond ensuring financial stability to attack industries like payday lenders and arms dealers. Letting financial regulators expand their mandate to include picking winners and losers will make it harder and more expensive for oil and gas companies to get financing.

In the 2020 Democratic presidential primary, Biden ran as a moderate, but then moved to the very left of Obama to catch up with his party. Whereas Senators Bernie Sanders and Elizabeth Warren promised to end all fracking, Biden confusingly promised to end new fracking — which his staff clarified meant stopping new oil and gas permits on federal lands and waters. In his last general election debate with Trump, Biden changed again and promised to “make the transition [away] of the oil industry.”

Democrats reject a market-driven energy strategy and want to use subsidies and taxes to promote certain types of renewable energy. Liberal activists reject zero-emission nuclear power, even as Massachusetts, New York and Pennsylvania have all seen their carbon emissions to augment after the closure of nuclear power plants. Some activists welcome the additional costs generated by this radical energy transition as leading to a drop in consumption. America has worked with multiple jurisdictions to achieve energy independence and build a reliable and affordable energy system, aided by technological breakthroughs like hydraulic fracturing, deep-sea generation, increased efficiency and lower solar and wind energy costs. Democrats seem determined to grab defeat from the jaws of victory, leading to higher prices and lower pressures.

Biden is asking Qatar to help replace Russian natural gas supplies to Europe, but he was already asking OPEC to produce more oil last summer in response to rising prices. He is asking other nations to do what he does not want to allow American energy companies and the workers themselves to do. Biden needs to back down. US oil and gas producers are expected to be the ones to help drive down prices by increasing production and exports to Europe.

@BobbyJindal was governor of Louisiana from 2008 to 2016 and a candidate for the 2016 Republican presidential nomination. Jindal serves on the board of directors of a company that supplies offshore energy companies.

The opinions expressed in this article are those of the author.

Burger King is the unhealthiest fast food chain in the United States, according to a dietitian

McDonald's: The fast food chain is relaunching Chicken Big Mac after it was sold

These 4 Entrepreneurs Moved Their Business to Birmingham—Find Out Why

These 4 Entrepreneurs Moved Their Business to Birmingham—Find Out Why