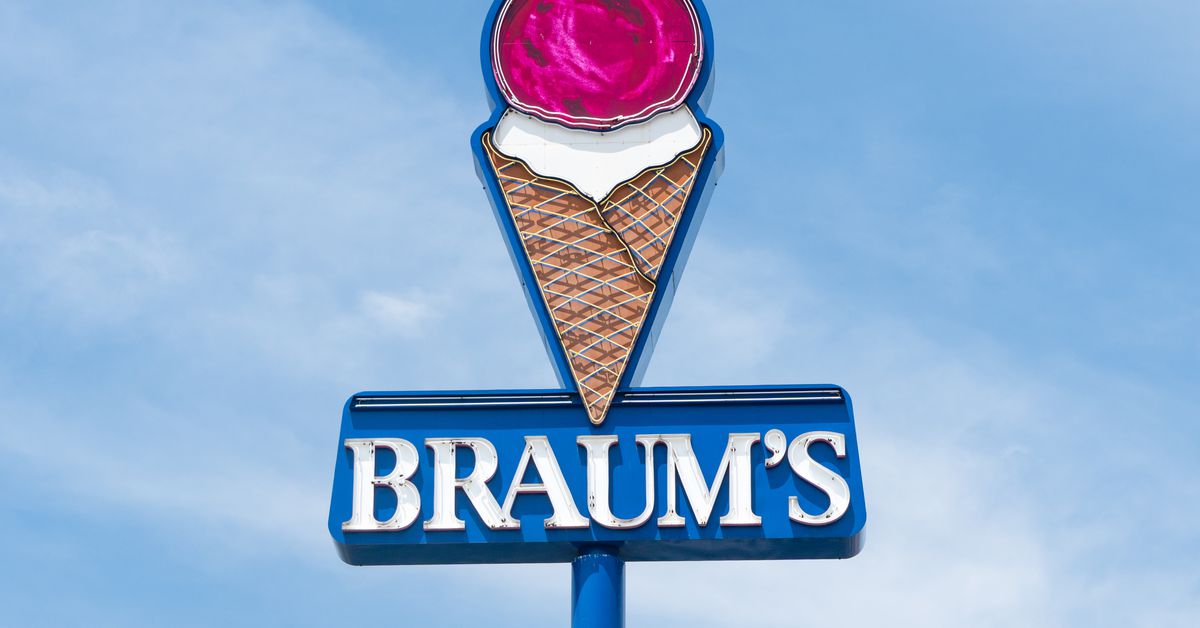 There are few things about life in Dallas-Fort Worth that make me feel smug. It’s scorching hot here, there’s too much concrete and the traffic is miserable. My city does not boast of the stunning natural beauty of San Francisco or the hallowed cultural institutions of New York. But it is, at least, home to a Braum’s location, America’s best fast food chain that I’d bet most Americans have never heard of.

Founded in Oklahoma City in 1968, Braum’s is a decidedly unique concept. It’s equal parts burger, ice cream parlor and small grocery store, all under one roof. The menu is made up of classic American comfort food – think burgers, fries, chicken dinner served with a side of chocolate pudding. The burgers are solid, but the real star of the show is the full line of ice creams in classic flavors like the Peanut Butter Cup and the Mint Chip, made with milk from cows from the chain’s own creamery in Tuttle. , Oklahoma, and all that taste perfect on their own, or scooped up in a hot fudge dipped sundae.

And despite being small, the grocery section of any Braum store punches well above its weight. After eating a cheeseburger and drinking a chocolate malt, you can stock up on eggs, butter, bacon and fresh staples, but the real draw is the chain milk. Growing up in a small town in northeast Texas, there were plenty of people I knew who made the special trip to Braum’s to buy a gallon of milk instead of groceries. It’s hard to explain, but there really is a difference – Braum’s milk tastes creamier and fresher than the typical gallon of milk, especially those that have been ultra-pasteurized to maximize their shelf life at detriment to flavor.

In fact, milk – and the company-owned creamery where it’s produced – is the cornerstone of Braum’s business model. The chain manufactures and produces all of its dairy products and bakes its own hamburger buns, and as such, Braum’s only opens locations within a 330-mile radius of its production plant in Tuttle. From there, refrigerated trucks are dispatched every other day to make deliveries to its more than 300 stores scattered across Texas, Oklahoma, Arkansas and Missouri.

At a time when many fast food chains are chasing every trend and trying to keep up, Braum’s is almost aggressively the same as it’s ever been. Its pink and navy color scheme makes dining at one of the restaurants feel like a brief trip back in time, and who doesn’t love the childish appeal of choosing ice cream from a vast array of flavors and see it picked up by hand in a crispy waffle cone? The prices are also nostalgic, at only around $2 for a double dip, especially at a time when some fancy pints are selling in the supermarket for upwards of $9.

Most of those 300 locations are in small towns, which means Braum’s is a well-kept secret, especially for people who don’t often find themselves vacationing in Branson or traveling to Oklahoma City. But if you have one within 100 miles of your home, it’s definitely worth the drive to experience the surreal ambiance of another time – and great ice cream – that only Braum’s can provide.

The freshest news from the world of food every day

The fast food chain with the highest turnover rate, according to a study