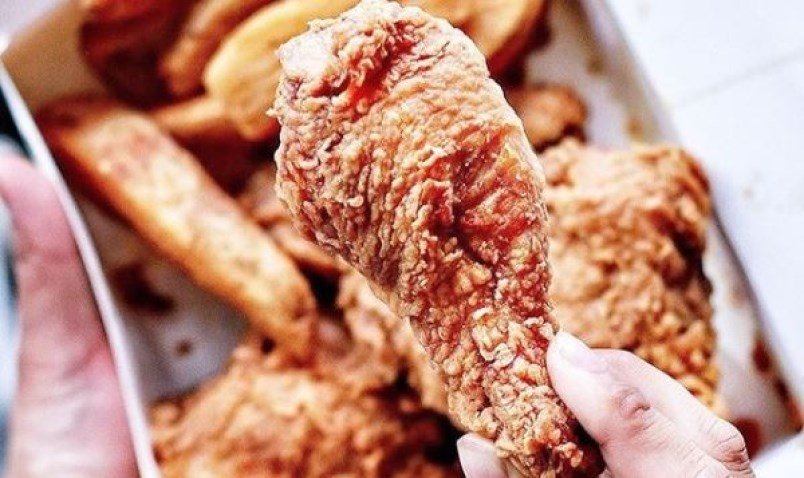 There are so many new fried chicken restaurants opening in Burnaby that it’s hard to keep track.

The latest – and perhaps the biggest – is newcomer K Chicken at 2701 Norland Ave., on the edge of an industrial park. It was previously known as Norland Grill, a popular lunch spot for people who live and work in the area.

All items are ready to eat in or take out or delivery. This part of North Burnaby has few fried chicken options, so it’s a good location for locals.

“I really hope you can write about it because it’s a real hidden gem off the beaten track,” wrote Todd S., who works in the area.

Pelicana Chicken, another newcomer to Burnaby’s commercial quick-service restaurant scene, is experiencing a major expansion in hopes of tempting local taste buds with its “unique chicken flavors” and sweet and spicy sauces.

Pelicana Chicken is making a big move in Metro Vancouver, opening in Burnaby in the mall next to Lougheed Town Center and Red Robin, and has two more restaurants planned for British Columbia

In one video, Pelicana’s cooking method is explained, as well as the history of the global giant, which opened in 1981 and now has 3,000 stores worldwide. Viewers are told that Koreans did not eat much meat in those days and that fried chicken was served as a treat for special occasions, such as sports tournaments or field trips, where parents would pack it for lunch.

Pelicana was Korea’s first fast food restaurant, according to video featuring Lee Yunsoo, deputy director of the company, and interest in Pelicana chicken spread as celebrities were shown eating their fried chicken, which comes with a special pickle, and is often enjoyed with a refreshing beer.

There is also KFC, but many new additions to Chicken Wars.

Popeyes has officially opened its Louisiana-style chicken restaurant in Burnaby at 7855 Kingway, just off 10th Avenue on the border with New Westminster.

For residents of southwest Burnaby, there’s an intersection that should probably be renamed “Chicken Way” because of all the chicken joints now open there.

It is at Kingsway and Wilson in the Metrotown/Patterson area that there is already a Nando’s restaurant, a 24 hour fried chicken restaurant Hi-Five and the Hi Chicken Pot.

A fried chicken company that found its wings (and legs) this year at its original location in Richmond has now opened on Kingsway to compete with these other restaurants.

But by far the most famous menu item at Chirpyhut is the Black Chicken Wings, aka Meteorite Wings.

How do they do? They use a very popular culinary tool: squid ink.

In addition to their popular chicken offerings, Chirpyhut serves sides like thick fried potato wedges and chicken sandwiches – some even available on a black squid ink bun.

The Hi-Five Chicken in Hastings, Kingsway and Crest Plaza is also fantastic. Deep, rich and crispy flavor without all the fat of other fried chicken.

And then, of course, there’s Nando’s – home of flame-grilled chicken and peri-peri delights.

North Burnaby has Church’s Chicken on Lougheed in Brentwood and on North Road in Burquitlam.

Chicko Chicken now has new locations in the Edmonds area and Metrotown. It’s a Korean-style chicken friend that tastes wonderful.