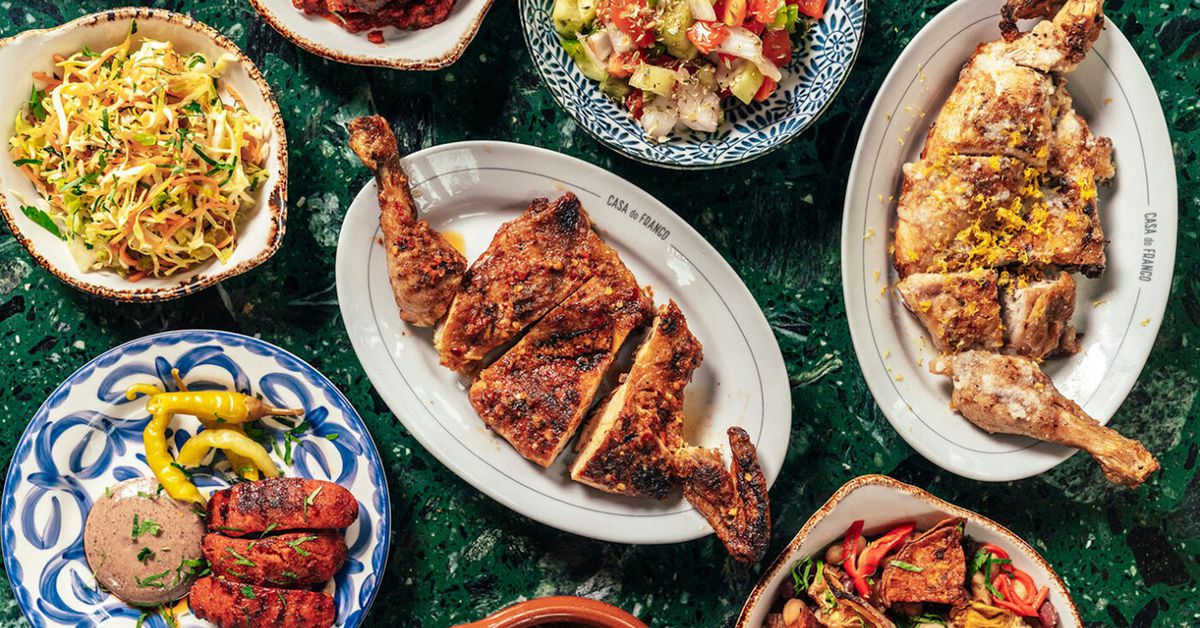 Famous piri-piri chicken chain Casa do Frango will expand to Mayfair by taking over the Ice Bar on Heddon Street, according to Propel. This will be the third Portuguese restaurant of the growing MJMK group, which will join the Borough and Shoreditch sites.

Propel says it will be a “flagship” for the group, which has built a stable reputation on well-grilled (wood-fired) chicken alongside decent fries, taking inspiration from the Algarve. He would also add to the thriving little restaurant nook on Heddon Street, joining Nieves Barragan Mohacho’s Michelin-starred Sabor and Budgie Montoya’s Sarap, current resident of the self-proclaimed ‘incubator’ 10 Heddon Street, formerly in Manteca, Fallow, and in his former guise, Magpie.

The opening would add to what promises to be a serious year for MJMK, led by Jake Kasumov and Marco Mendes. Lisboeta, its partnership with fellow Portuguese star chef Nuno Mendes, is set to open this spring, with a first restaurant for John and Desiree Chantarasak’s AngloThai coming later this year, while a second location for the Cuban-inspired bar La Rampa is also on the cards. It is planned for Jason Atherton’s former pizzeria Hai Cenato in Victoria, according to Propel.