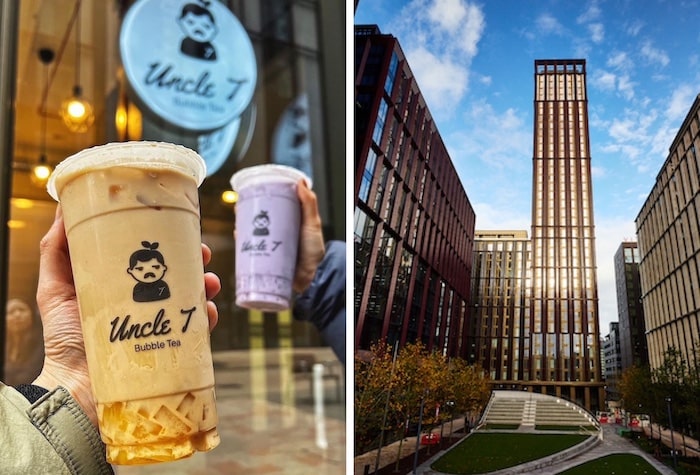 Manchester is set to open its first Japanese sake bar, as well as a chicken wing specialist and a bubble tea cafe, all set to open soon in Circle Square.

Monkey Trio will offer a range of Japanese sake, whiskeys and matcha beers.

The duo will be under Vita Living North in Circle Square, Oxford Road, and are due to open in May.

Bird of Prey will also join them soon, bringing premium fried chicken to the heart of the city.

Whether you’re a fan of a feisty chicken wing or prefer American-style chicken and waffles, they promise there’s something for every fried chicken fan.

With a secret way to dredge and fry your chicken, combined with great homemade shakes and sauces, Bird of Prey hopes to be the new chicken hotspot in town when it opens in May under Vita Living North.

The third company slated to come to Circle Square in May is Momo Cosmetics under Vita Living East.

The new retailer will offer a wide range of popular, high-quality Japanese and Korean foods and skincare products.

Finally, Uncle T, which opened earlier in the month, joining Hello Oriental, One Home supermarket and Trib3, combines traditional bubble tea with a localized Manchester menu that has proven itself in the city.

“There is real excitement around this new community and what is to come and we can’t wait for Manchester to have its first Japanese sake bar with Monkey Trio and Tsuiri, fried chicken and waffles to die for thanks to the Bird of Prey and Pan-Asian teas and cosmetics with Uncle T and Momo.