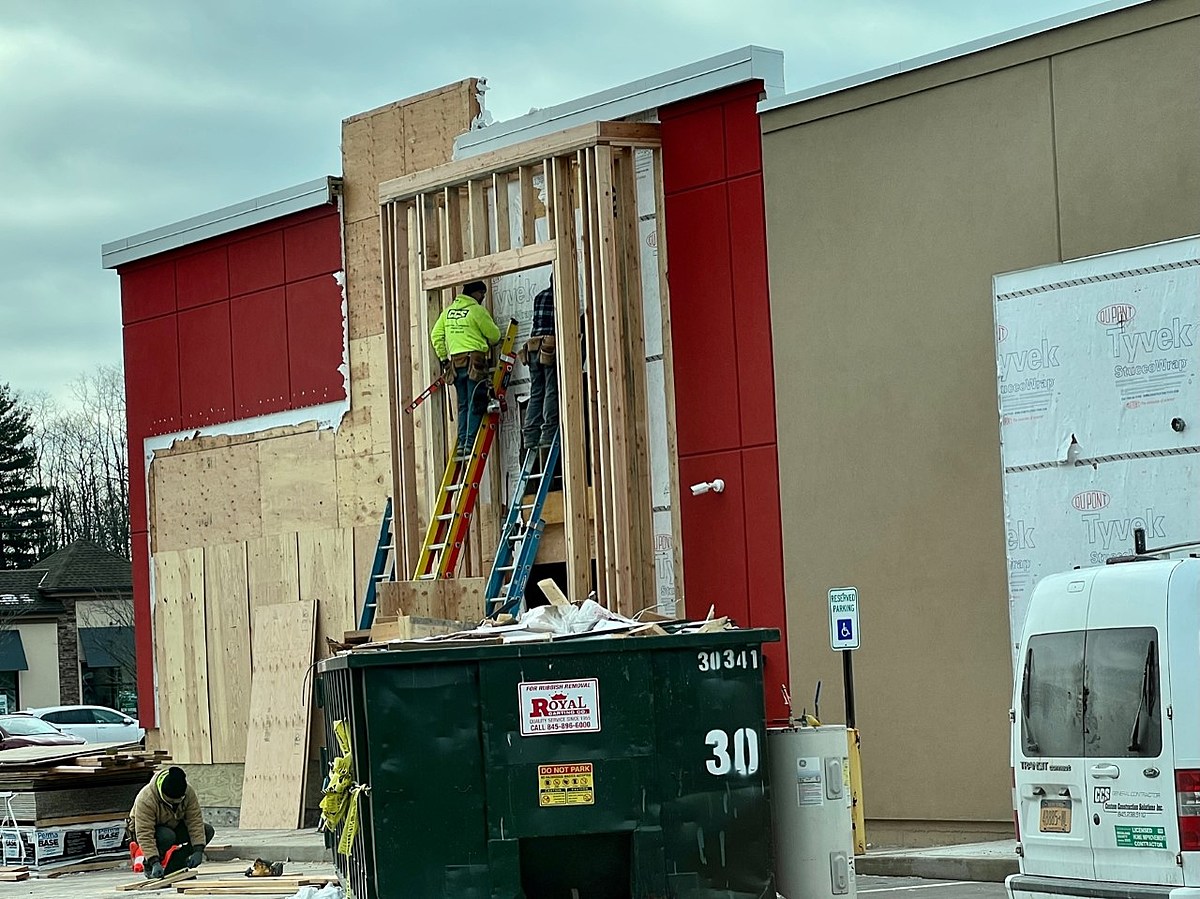 A new fast food restaurant is under construction on Route 9 in Dutchess County.

For those who love the drive-thru, some exciting new options are coming to Route 9. In fact, there are about a dozen new fast food joints either under construction or set to open this year from Hyde Park. in Fishkill.

Local planning boards have yet to grant permission to some, while others are on track for opening day.

A Popeye’s restaurant is under consideration to replace the now closed Romanelli’s restaurant across from Hannaford in Wappingers Falls. McDonald’s is also currently seeking approval from the town of Poughkeepsie to turn an old bank across from Price Chopper into a state-of-the-art restaurant.

You can scroll down the bottom of the article to see several other projects still in development, but recently one of these planned restaurants finally started construction.

You may have noticed construction crews working on the old Carl’s Jr. on Route 9 near Crunch Fitness.

They worked hard to reconfigure the facade of the old building with an iconic square entrance you may have seen before.

The remodel is part of a plan submitted to the City of Poughkeepsie to turn the abandoned restaurant into a brand new Taco Bell. Exterior architectural changes are estimated at $125,000. Other changes will take place inside the building. According to the contractors, the kitchen equipment will be replaced and the dining room will also undergo a complete renovation.

It’s unclear when Taco Bell will open, but we’ll be sure to let you know when they’re ready to serve their first Crunchwrap.

It’s a fast food invasion. There are nine new fast food restaurants slated to open soon on Route 9 in Dutchess County. Are you ready to hit the drive-thru?

Then and Now: How Hudson Valley Fast Food Restaurants Have Changed

While many of your favorite Hudson Valley fast food restaurants have remained in the same location for decades, their buildings are almost unrecognizable from what they once looked like.