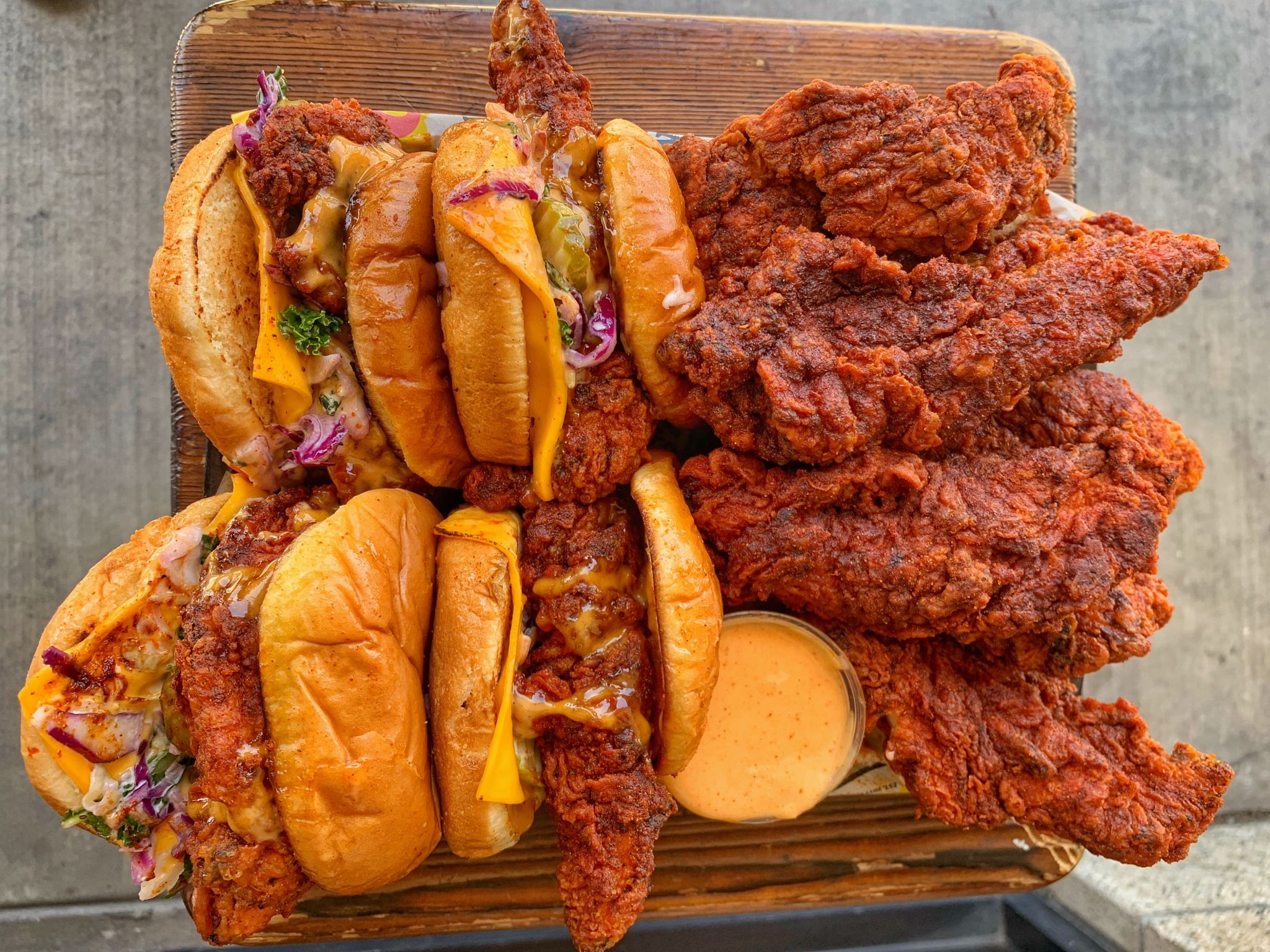 Long ago, throughout 2017, a parking lot pop-up took over Los Angeles. Foodies flocked to sample the hot Nashville chicken, creating such a buzz that Eater LA dubbed it “a street food sensation.”

Within months a brick and mortar opened in East Hollywood and now, four years after frying that first batch, Dave’s Hot Chicken is coming to Texas.

Amid a massive nationwide expansion, Dave’s announced the opening of 10 locations along the I-35 corridor, including New Braunfels and San Marcos, and extending north to Waco.

The restaurant specializes in hot chicken fillets and sliders, ranging in spice levels from “No Spice” to “Reaper”. Accompaniments include a house kale salad, macaroni and cheese, and French fries or cheese fries. Milkshakes, sodas and tea complete the menu.

Four friends are leading the franchise expansion in Texas: Drew Wilson, Joe Dickerson, Craig Smith and Casey Klajbor. Smith and Klajbor are co-owners of Rockin ‘Jump Trampoline, a trampoline park and entertainment center, and are both military veterans, according to a statement.

“I fell in love with the Dave’s Hot Chicken brand and after the first bite of the slider I was hooked. Each restaurant has a hip vibe and unique feel that is representative of the community it is in, and I was deeply drawn to this as it shows that no two stores are the same Wilson said in a statement.

“They have a strong team full of top-notch people who are great to work with,” Wilson continues. “Our team looks forward to continuing this journey full of passion and purpose.”

The team is always on the lookout for spaces to house Dave’s Hot Chicken, especially restaurants that measure between 2,000 and 2,500 square feet, and have patio and drive-thru access. In addition to those 10 local outposts, Dave’s Hot Chicken has sold the rights to nearly 400 franchises, with up to 40 openings this year alone.