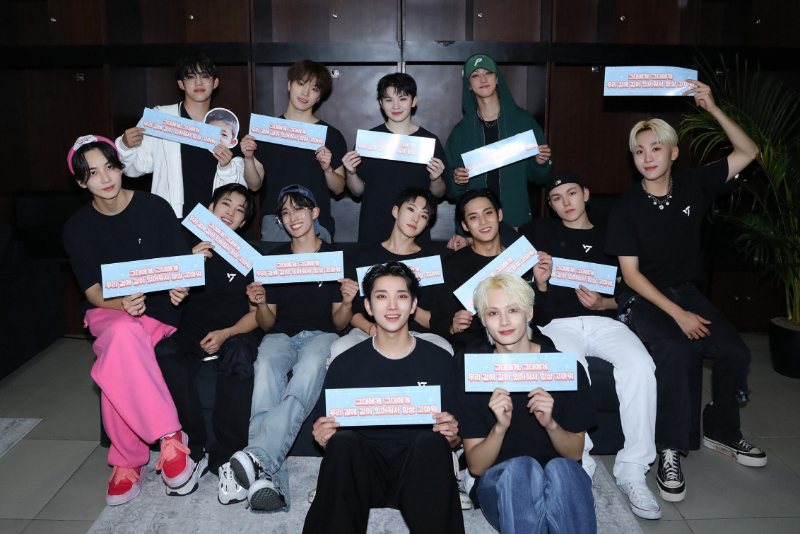 A local fast food chain thanked fans of a Korean band for their engagement on Twitter.

The key word “Mang Inasal” briefly trending on the micro-blogging platform last Sunday, October 9 following the concert of Seventeen at the Mall of Asia Arena in Pasay City.

RELATED: Excessive prices, taxi drivers, Joshua Hong: the topics that made the buzz during the Seventeen concert

Seventeen’s fans, collectively known as Carats, are the ones who made sure he hit hot topics on the micro-blogging platform.

They tweeted their reactions to a group photo that one of the members named Kwon Soon-young or Hoshi shared on his Instagram stories.

The photo showed Hoshi and some members having dinner after the concert.

Philippine Concerts, an online platform dedicated to live performances in the Philippines, also uploaded this photo to its social media.

Mang Inasal and Jollibee then went viral online on Twitter.

He uploaded a composite photo of screenshots of the hashtag “Mang Inasal” as a trending topic and Hoshi’s viral group photo.

“Hey Carats! Thank you for making MANG INASAL the trend! » the tweet reads with the hashtags #BeTSinMANILA #BeTSInMNL.

The hashtags refer to the name of Seventeen’s world tour “Be the sun.”

This tweet also gained traction on the microblogging platform. So far, it has garnered 1,322 retweets, 372 quote-retweets, and 9,353 likes.

Some fans joked that Mang Inasal, popular for its chicken and other rice dishes, should offer exclusive coupons and promotions for Filipino carats.

Mingyu, one of the members, also made headlines online after posting photos of himself on Instagram while enjoying the popular Manila Bay sunset at SM Mall of Asia Seaside.

They debuted under Pledis Entertainment in 2015.