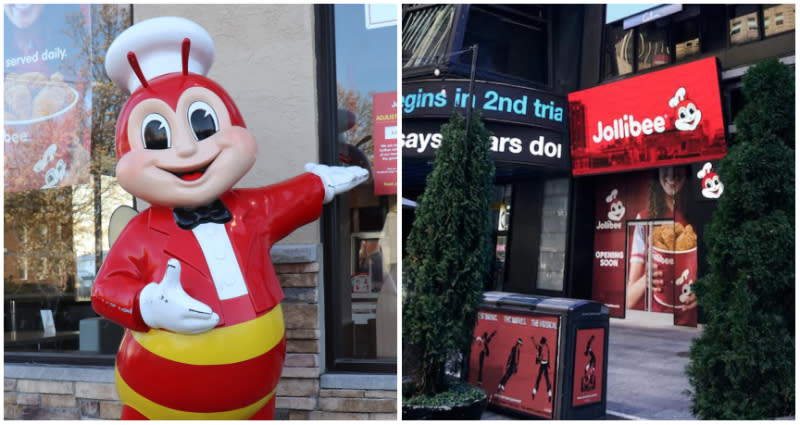 Filipino fast food chain Jollibee is set to open a flagship restaurant in the heart of Times Square in New York.

The new branch, which occupies a 7,000 square foot space, will be located adjacent to Good Morning America Studio and the Bow Tie of Midtown, where the Times Square Ball Drop takes place each year. It joins Jollibee’s existing New York location at 609 8th Ave. in Manhattan, which opened in 2018.

According their website, Jollibee, with more than 1,300 locations worldwide, is Asia’s largest and fastest growing restaurant company. In order to manage 500 stores across North America by 2028, the Times Square flagship store is part of the aggressive overseas expansion plans. The new location should introduce the brand to traditional American customers, according to JFC.

“Opening our Times Square location, an undeniable global destination and retail hotspot, is truly a dream come true for our brand,” Maribeth Dela Cruz, president of Jollibee Group North America, told the magazine. QSR. “It’s not just our new location, but a powerful symbol of how far we’ve come and the limitless potential we see for the future.”

In addition to serving its famous Chickenjoy and Peach Mango Pie, the flagship will also introduce a new line of beef burgers, salads and sides. The new burgers, which will be exclusive to the Times Square location, include a Double Deluxe Cheeseburger and an Aloha Burger. Its lineup of salads and sides will include baked cheddar mac and cheese, crispy mandarin chicken salad and puff pastry cookies.

“We are committed to becoming one of the best [quick-service] restaurants and this opening marks a key milestone in that plan,” Dela Cruz said.

More from NextShark: SF official calls for school board member to resign over ‘absolutely false and racist’ comments

‘One nation under God’: Ex-Trump adviser’s call for ‘one religion’ in US condemned

Marrybrown, a fast food chain founded by Johor and its 41 years of history

Guy Fieri will bring a chicken restaurant to Atlantic City