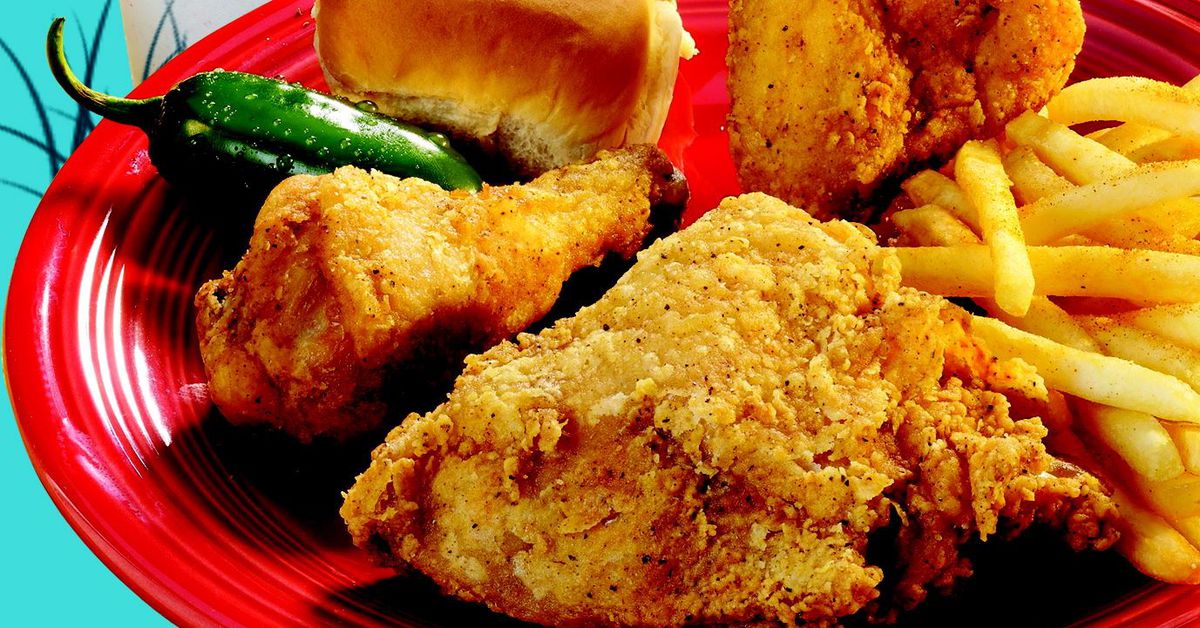 The owners of Houston’s iconic fried chicken chain, Frenchy’s Chicken, have been planning for a new location for decades, and this spring they’ll finally open the restaurant they’ve always dreamed of.

King Creuzot, who took over the Frenchy business in 1989, says the new location at 3602 Scott Street will be everything his father and Frenchy founder Percy “Frenchy” Creuzot envisioned when it opened. late April or early May.

“When my dad started Frenchy’s, it was his desire to bring New Orleans Creole cuisine to Houston” in a fast-food format, says King Creuzot, 73, but despite its huge success, “it’s was in his opinion that we owed our customers in Houston a new experience and a new restaurant, “says Creuzot. Long after Percy Creuzot death by stroke in 2010his wife and son King Creuzot kept the dream alive.

Like the original pillar of Frenchy’s Third Ward, the new location will be nestled between other major Houston institutions like Texas Southern University – the historically black Houston College, the historic Wheeler Avenue Baptist Church, Jack Yates High School and the University of Houston football stadium.

Frenchy’s newest outpost will also feature a large parking lot, multiple cash registers, an exterior window for orders and dual drive-thru, which should reduce the traffic the locations are known to generate, says architect Paul C. Heisler. The restaurant will also aim to be pedestrian-friendly, with a sidewalk cafe, an outdoor patio with umbrella tables and a covered patio on the porch, similar to the restaurant’s original design.

“The whole concept is customer-oriented,” says architect Paul C. Heisler, who designs the latest Frenchy’s. “The customer has been so patient with Frenchy’s – with its long queues and traffic. We’re developing something here that caters to ease of access and ease of service.

Heisler also went a step further by playing on Creuzot’s New Orleans family roots, with balconies and arches reminiscent of Bourbon Street in its entrance that play off Paris’ Arc de Triomphe, which served as a starting point. for parades and celebrations in the city for generations.

“The design of the restaurant will make you think you’re in New Orleans in the French Quarter,” says Creuzot. “It’s more than a quick-service fried chicken restaurant. That’s what we do, but the experience in this new restaurant will be something different for our customers.

The beloved chicken company, which currently has 11 locations, opened its first location at 3919 Scott St. across from the Wheeler Avenue Baptist Church on July 3, 1969. The restaurant, which aimed to serve the New Orleans cuisine in a quick-serve format, quickly became a favorite among locals and visitors alike, including Beyonce. In 2019, the flagship was demolished and opened in its temporary location later that year, but there were still plans to open a larger premises, says King Creuzot.

Creuzot says his father first sat down with an architect more than 50 years ago to discuss a permanent location and then began working on the project with Heisler about 25 years ago, according to the report. ‘architect. The restaurant was originally planned for a separate lot, but that project was scrapped due to issues with tenants, Heisler said. After Percy Creuzot’s death in 2010, it was years before King Creuzot decided he and his mother wanted to move the original location using a land swap agreement with Wheeler Baptist Church Ave.

As the family and Heisler worked on budgets and securing budgets, the restaurant moved to a temporary location on Scott and Blodgett streets, but found that costs associated with the restaurant had increased and the permit code, at the aftermath of major hurricanes, had changed, requiring a longer, longer process.

Eventually, the restaurant secured leased land from the Houston Public Library system, Heisler said, but construction still took forever and costs rose by as much as 40%.

The restaurant, which has already started, is now weeks away from becoming a reality, according to Creuzot, with one of the final steps being the installation of equipment.

All in all, says Heisler, “it became a labor of love.”