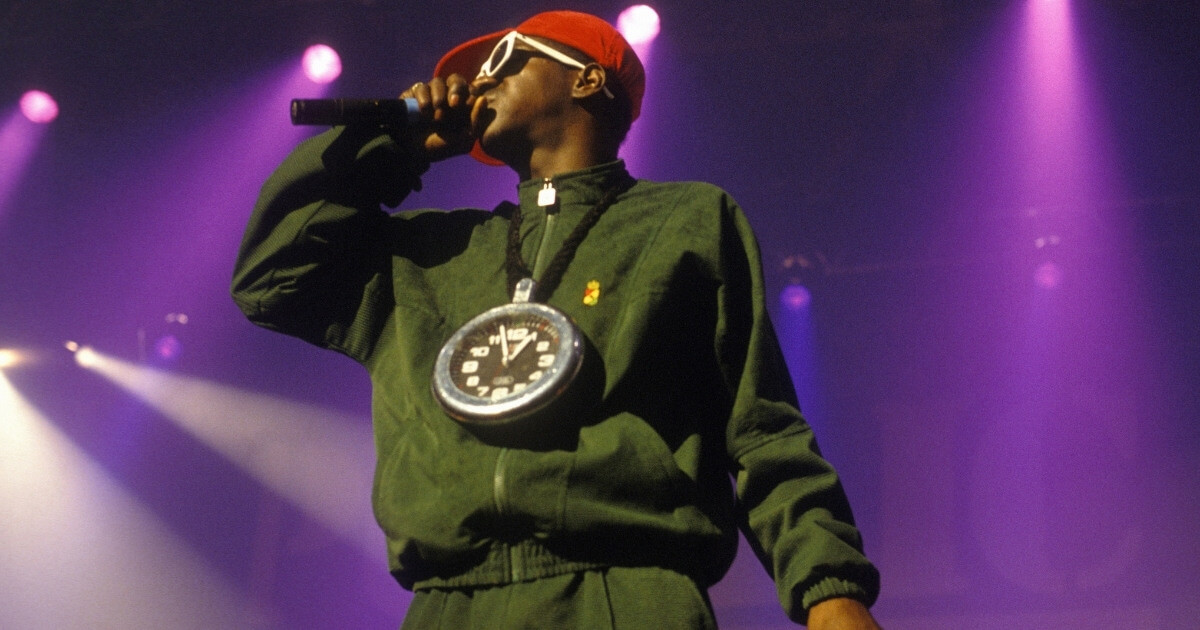 In a different timeline, Clinton, Iowa would be home to the first of many Flav’s Fried Chicken (FFC) locations and Colonel Sanders would be America’s second most famous fried chicken pitcher.

In January 2011, rapper/reality TV star Flavor Flav teamed up with Clinton restaurateur Nick Cimino to open the first of what the duo hoped would become dozens of FFC locations starting in Cimino’s hometown. .

FFC was located in a repurposed Long John Silver’s which was located between its main competitor – Kentucky Fried Chicken – and Mama Cimino’s, a pizzeria also owned and operated by Cimino.

Restaurant decor and signage were not subtle as to Flavor Flav’s role in the business. The walls featured Flavor Flav murals commissioned by Cimino and even the menu above the counter featured a smiling Flav.

The rapper, one of the co-founders of legendary hip-hop group Public Enemy, and Cimino met through Nick Cimino’s brother Peter, who owned a Mama Cimino’s in Las Vegas where Flavor Flav sold wings at 99 cents.

Flavor Flav attended culinary school in the late 1970s and worked in a few restaurants before hitting it big. He told former Des Moines Register columnist Kyle Munson that secret of his chicken was that it seasoned the meat directly rather than just the breading.

While it was unusual for the New York-based MC to start a business in Iowa, he described the state as “out here in the middle of a place“—Flavor Flav did this based on his relationship with the Ciminios, who have been in the pizza business since 1975.

“When the (Cimino) family first met me, it was automatically love at first sight,” Flav told the Clinton Herald. “They loved your boy Flav.”

The restaurant’s opening has attracted international attention and, depending on who you talk to, the food has received decent reviews.

Quad Cities Radio DJ Connor Kenney wrote a 10 year history about FFC last year and asked people what they thought of the food (for the record, he wasn’t impressed with it):

Restaurant review site Heavy Table gave it one out of four stars, but said the fried chicken was the best bet.

“The breading was light, but crispy, and the meat was really quite chewy. Was it something about the way it was cooked, or did it owe more to factory farming practices? Anyway, it was decent for what it was.

Much like Flavor Flav’s relationship with Brigitte Nielsen, an actress and model he got to know through reality TV, things got off to a good start with FFC! Flav fried the first piece of chicken at the FFC and told the Clinton Herald:

“You will find me here working. You will catch me seasoning my chicken, flouring it, frying it, and not only that, but serving my chicken to my people.

The restaurant opened on January 24, 2011, and on April 24, 2011, Flavor Flav announced that it was retiring from the business.

One of the first incidents that seemed to ruffle his feathers was former employees claiming that Nick Cimino never paid them – he attributed this to a credit card issue. Asked about this by TMZFlavor Flav initially defended his partner and denied the allegations:

“It’s not real information, first of all. And two, maybe it’s people who are just jealous of me being here and probably want me out. Yes, we have money in our accounts.

However, later that month he signed a different track. While speaking with TMZ again, Flavor Flav said he went to the restaurant on April 2 and found an expired potato salad in February.

“I realized I couldn’t do business with this man and I really hope no one ate those potatoes,” he told the celebrity gossip site.

“[He] wants to become a millionaire with my penny, with my ideas,” Cimino said. “I started this. I put everything together, from the menu to the color of the building to the sign.

The FFC has closed but its memory will live. Flavor Flav will then open additional restaurants in Las Vegas and Sterling Heights, Michigan, both of which have since closed.

Months after the FFC failed, Cimino closed its Mama Cimino store in Clinton; however, the family franchise still has locations in Las Vegas and Dixon, Illinois.

According to Clinton Herald, Cimino blamed the business with Flavor Flav for hurting his mom Cimino’s business, which had previously been open for about 8 years.

A May 2011 tweet from an account by the name of Nick Comino again blamed Flavor Flav, although he was not named: “It hurts when a million people told me not to trust someone and I did and got stabbed in the back so trust only yourself.”

So what about former Long John Silver’s now Flav’s Fried Chicken? The location has been home to at least two other restaurants since: Papi’s Restaurant and Cousins ​​Family Restaurant, which opened in December 2013 and is still in operation.

Iowa Starting Line is part of an independent news network and focuses on the impact of state and national decisions on the daily lives of Iowans. We rely on your financial support to keep our stories free for all to read. You can contribute to us here. Also follow us on Facebook and Twitter.

It's the #1 fast food chain employees love working for, according to data - Eat This Not That