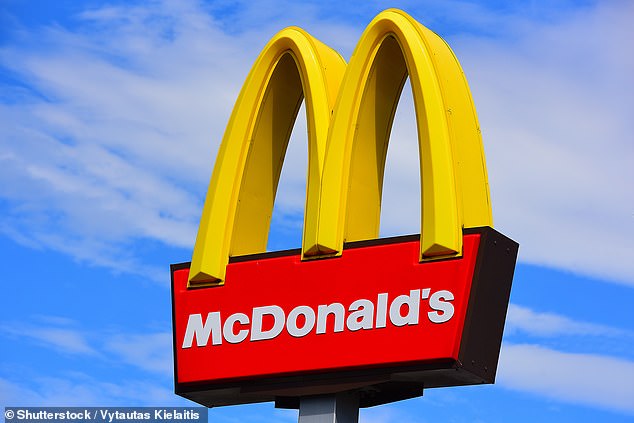 By Lydia Hawken for Mailonline

McDonald’s sent customers into a frenzy after announcing that potato waffles are one of five new items being added to the menu.

The fast food giant announced a major overhaul of its breakfast offering this week.

From Wednesday 19 October, customers will be able to purchase the trio of mini waffles for just £1.39 until 11am each day.

Alternatively, they can also be added to the chain’s usual breakfasts, such as a bacon roll or sausage and egg McMuffin.

Potato waffles join the breakfast menu on October 19. They will be available as an accompaniment to breakfast or to buy as a pack of three for £1.39.

The Bacon BBQ Stack (£5.39) is back by popular demand and will be available from October 19

When are new McDonald’s items released?

But potato waffles aren’t the only thing joining the menu next week, as the chain has revealed their Bacon BBQ Stack is also back by popular demand.

The double beef burger – which first appeared on the menu last year – is topped with two slices of melted pepper jack cheese, smoked bacon and a slice of tomato, lettuce and sliced ​​onions and barbecue sauce.

Additionally, McDonald’s is also adding a Twirl McFlurry to its rotation of sweet treats.

Available in Regular (£1.69) and Mini (£1.19) sizes, the creamy vanilla ice cream has bits of Cadbury’s Twirl swirled into the mix and topped with a generous amount of milk chocolate sauce .

However, these three limited-edition items will only be available to order for six weeks – so customers have until the end of November to try them out.

Reacting to the news on Twitter, one fan wrote, “Mini Potato Waffles will be added to McDonald’s breakfast menu next week…THIS IS NOT A DRILL.”

Another added: ‘You just know McDonald’s Potato Waffles are going to be the elite.

“McDonald’s is bringing potato waffles for breakfast,” said a third. ‘My life is full.’

Last night the fast-food chain celebrated the launch of its new McCrispy Chicken Burger – which will also hit stores on October 19 – at a star-studded gaming event in Manchester attended by Love Islanders Olivia Attwood and Dami Hope .

The brand’s new nacho cheese wedges officially launch on October 26. Filled with melted cheese and coated in crunchy breadcrumbs, these savory snacks are served with jalapeno slices and sour cream dip. £5.99 for a shareable pack

The new addition to the menu is the brand’s first permanent chicken burger launched in 15 years and will replace the Chicken Legend later this month.

After being marinated in cayenne pepper and black pepper, the crispy chicken tenderloin is then garnished with a squeeze of lemon and sandwiched in artisan sourdough bread.

Filled with melted cheese and coated in crispy breadcrumbs, these savory snacks – priced at £5.99 for a box to share – come with jalapeno slices and sour cream dip.