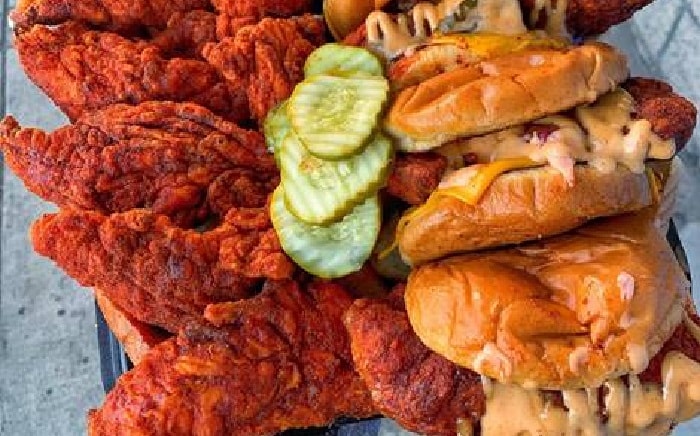 There’s been a lot of good news for chicken fans in Michigan lately, and I know we have a lot of chicken lovers here. For one, it was recently announced that Raising Cane’s Chicken Fingers would be opening its first location in Michigan. It should appear in East Lansing later this year. Additionally, Korean fried chicken chain Bonchon recently announced that it will kick off the new year by opening five new stores in Michigan, starting with Bonchon Farmington Hills.

Now another popular chicken restaurant is springing up all over Michigan. This one is known for its “hot” chicken, literally.

Dave’s Hot Chicken, the so-called “quirky late-night pop-up turned hot chicken sensation”, is opening its first restaurant in Howell this week. The restaurant will be located at 3667 East Grand River. The grand opening is scheduled for Friday, February 18 and will be open seven days a week from 11 a.m. to 11 p.m.

“Dave’s Hot Chicken’s brand new Howell location features plenty of indoor seating and custom artwork throughout the restaurant, including various murals that nod to the origins of food and parking “out of this world” of the company, “says a press release. “The fast-casual concept specializes in hot chicken fillets and halal-certified sliders, along with sides of homemade kale salad, creamy mac and cheese, and crispy fries.”

For those who don’t want things too spicy, they offer seven spice levels ranging from No Spice to Reaper (which requires a signed waiver for those who dare). I recommend drinking plenty of water with your meal no matter what spice level you get. Each piece of chicken “uses a proprietary spice blend designed specifically for its heat level,” according to a statement. “The brand started a few years ago as a parking lot pop-up and has drawn lines around the block, earning rave reviews from its fanatical Instagram fans.” For more information, visit Dave’s Hot Chicken Official Site.

10 things we love about Michigan in winter

Anne Erickson’s love of music drew her to radio, and she started shortly after graduating from MSU. She has a passion for rock and metal, as well as local music. She is also the head of the band Upon Wings. Email Anne at [email protected], follow her on Instagram at @EricksonAnne and tweet her at @AnneErickson!