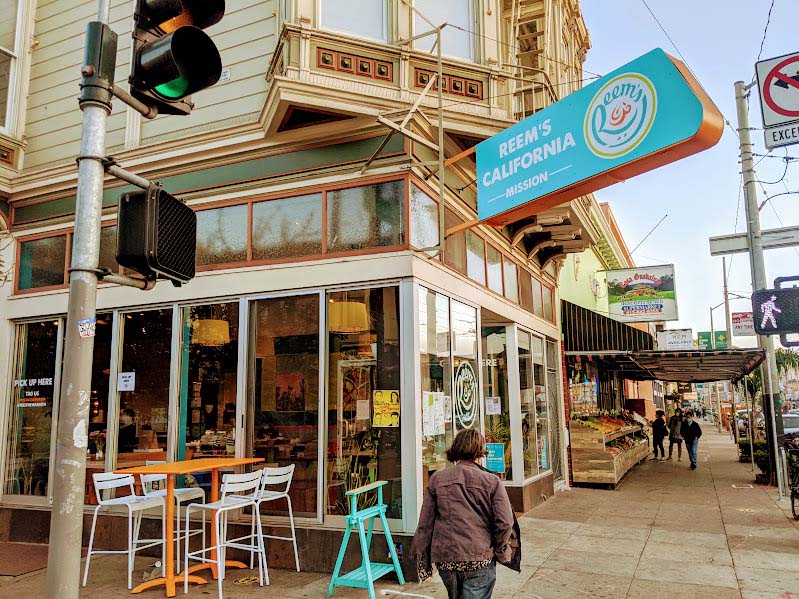 Chic’n Time, a new restaurant from owner Michael Ho, will replace the old Burger Joint restaurant at the corner of 19th and Valencia streets.

Michael Ho, the new owner, was the owner of Perilla Vietnamese Kitchen and found the chicken to be consistently the best seller.

“I’ve always wanted to do Chic’n time because in my experience the most popular dish is five spice chicken with garlic noodles,” Ho said.

Ho entered the space immediately after Burger Joint left last January, but had to wait until the seismic modernization work on the property was completed. When the work was completed in May, restaurants could only do take-out or deliveries.

Ho considered giving up his dream and even spent time looking for people to redeem it, but he had no takers and ultimately decided to open anyway.

“I believe people should always eat,” Ho explained. He also hopes that its position as one of the few Asian restaurants on Valencia Street will attract more business.

“I have fried chicken, chicken wings, chicken curry, chicken noodle soup,” Ho said, listing the many types of chicken he will be offering. “It’s a simple, quick, fresh and tasty menu,” Ho promised.

Chic’n time will open in the next two weeks, according to Ho. A few final inspections by the city are all that stands between it and opening day.

The pop-up Tripleta restaurant, which operated from the storefront previously occupied by Al’s Deli, closed a few days after it opened. Now we know why.

Brothers Jose and Juan Rigua, who first thought about the pop-up, accused Al’s Deli owner Aaron London of evicting them from the location, as Eater first reported.

The brothers said London did not give them a contract cementing their verbal agreement to fairly distribute the company’s profits in three ways. When a written contract arrived, the Riguas said it was not what they initially agreed to.

London denied the allegations to Eater, but declined to comment further.

When Mission Local contacted via Tripleta’s email address, the response only told us about the Eater article. The respondent did not identify himself.

A bakery without an oven

Reem’s California, the Arabian bakery on the corner of Mission and 25th Street that opened days before San Francisco’s first shelter was set up, has been unable to deliver many of its signature offerings. since the main oven suddenly blew up last month.

The bakery offers weekly meal kits as well as farmers markets and pop-up events to help you get by.

A GoFundMe page started by Jean-Paul Samaha of Vanguard Properties has so far raised just over $ 10,000 for a new oven, but the total falls short of the stated goal of $ 25,000.

The “Word for Wordcast”, a podcast of the Z Space Theater, will broadcast the second of three parts of its theatrical reading of “The Machine Stops”, by EM Forster as part of KALW’s Open Air program on Thursday, January 14th at 1pm. time.

“Written in 1909, this is a dystopian look at the future, where everyone lives underground, is controlled by” The Machine “and communicates with each other over vast distances through blue plates brilliant, ”the story description reads.

Interested listeners can tune into 91.7 FM or visit kalw.org. The story has already been posted on “Word for Wordcast”, so those who missed the first third of the story can listen to it on any podcast app. Part one was released on September 17, 2020.

The four-day festival airs one film per day and kicked off yesterday with “Unnatural Causes… Is Inequality Making Us Sick? ”

Tonight’s film, “Reimagining the City Like Ours: Towards Inclusive Architecture,” starts at 7 pm, like all the others.

“Rethinking the city like ours considers how the pervasiveness of obnoxious design in San Francisco’s Tenderloin neighborhood impacts its residents, which is home to the largest number of working-class, low-income and no-income people and with the highest percentage of racial diversity in the area, ”reads part of the film’s description.

Viewings are free and will be streamed via Zoom and Facebook. To view via Zoom, participants must register in advance.

“Your date at the Zoom Theater begins with you and your friends in an informal social conversation with a mixologist from Stookey’s Club Moderne, guiding you through the creation of the evening’s specialty drink, the Champs-Élysées,” it read. in the project description.

Participants will then discuss the dance with choreographer Brandon Freeman, followed by a screening of the dance, followed by a question-and-answer session with the artists.

The total experience costs $ 35, but attendees can choose to only see the screening and the following discussion for just $ 15. Find out how to participate here.