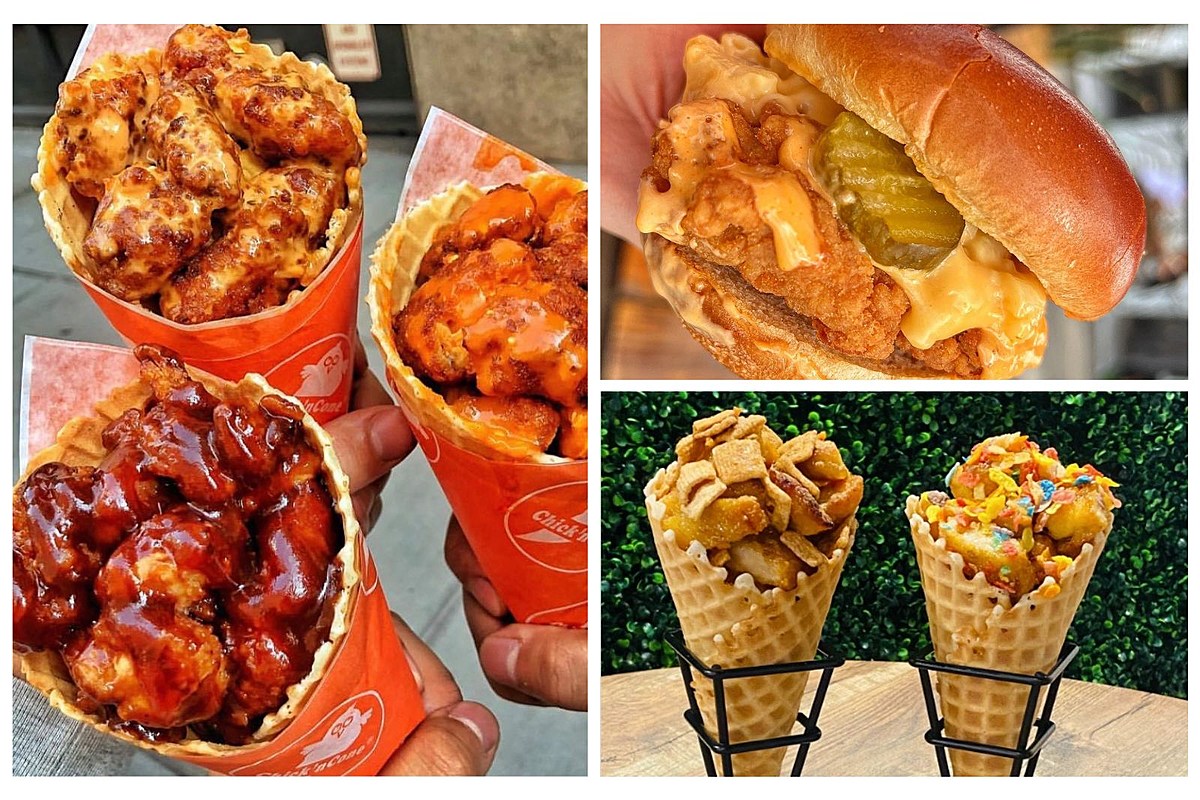 You’ve heard of “chicken and waffles,” but what about chicken IN a waffle cone?

Chick’nCone is coming to Grand Rapids this fall

The fast-casual restaurant chain was launched in 2014 by Jonathan Almanzar and Josh Lanier in Colorado and then New York.

Primarily a food and restaurant truck concept to begin with, the chain has grown to 24 brick-and-mortar locations across the United States and even Dubai!

This will be West Michigan’s first Chick’nCone restaurant. The other Michigan location is on the east side of the state in Madison Heights.

Chick’nCone’s First New York Brick-and-Mortar Location Got a lot of media buzz and overall the channel got a lot of attention, to be called a “viral sensation” for its Instagrammable menu items.

Maybe you saw Chick’nCone on the Food Network:

What type of food does the Chick’nCone serve?

Well, as you might have guessed, chicken in a cone! Crispy fried chicken is tossed with your choice of sauce and served in a hand-rolled waffle cone.

You can also order a fried chicken sandwich or chicken fillets.

Other locations also featured specials, such as “Back to School Cereal Cones.”

Now, we don’t yet know if the Grand Rapids location will serve alcohol, but some Chick’nCones also serve Boozy Slushys and craft beer.

When is Chick’nCone Grand Rapids open?

An exact opening date was not given, but the new restaurant is expected to open in fall 2022.

5 Most Popular Restaurant Chains in Michigan