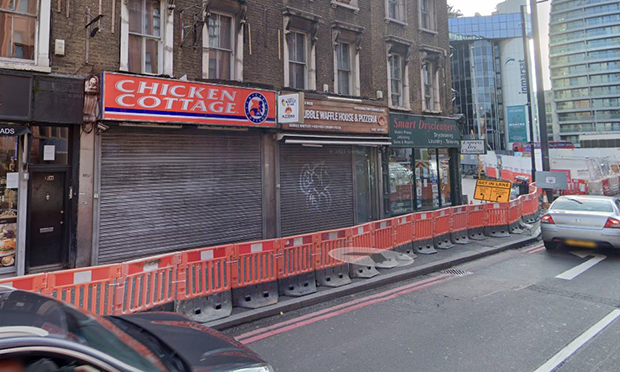 A “substantial spike” in violent crime in Shoreditch since the easing of Covid restrictions in July has given police a headache.

Officers from the local force’s licensing team told a Hackney subcommittee that they were concerned that more sites were open until the wee hours of the morning.

Ahmed Zia, who runs Chicken Cottage, has asked to extend the opening hours of the City Road fast food restaurant to 5 a.m. Thursday to Saturday and 1 a.m. Monday to Wednesday.

He said he needed more time to help pay the rent and recover from the pandemic, which he said has hit his business hard.

The restaurant, which is currently open until midnight daily, is part of the Shoreditch Special Policy Zone, which has many venues.

The police representative told the committee that police were called after reports of a scuffle inside the store around 2:30 a.m. on April 18.

Police sent the site a warning letter and said, “It turned out that the premises should have closed at midnight and were trading outside of the hours allowed by the premises’ current license.”

The officer said the venue has since closed at the right time, but police were concerned about later opening hours.

They added: â€œThe hours proposed in this license are extremely late and effectively allow the premises to trade for 24 hours from the opening of the premises on Thursday until the closing of the premises on Sunday morning, which encourages people who have consumed in large quantities. of alcohol in Shoreditch for strolling down the street.

The police report stated: â€œThe behavior of people who have consumed varying amounts of alcohol changes and they very often become more aggressive, confrontational and incidents of violence and disorder occur.

The representative told the hearing: “Due to increasing levels of crime, we are trying to keep a lid on Shoreditch.”

Company co-owner Rafiullah Sarwar said staff start cleaning the equipment after midnight when it is closed and it takes several hours to clean everything.

He said: â€œYou have to open the door to get fresh air, there is a grill, there is a deep fryer and there is a 380 degree machine.

He explained on the night of the incident in April that people wanted to have chicken after hours: â€œI wouldn’t sell it, these people who came were very violent, our shutter was not working.

â€œWhen these people come up with a situation, you have to be very gentle and kind. “

He said he gave them free food to go away. Zia added that people even had an argument with the police.

He said they have installed cameras and panic alarms to help prevent problems.

â€œWe will make sure that people leave quietly,â€ he said.

The licensing subcommittee (August 10) will issue a decision in five business days.

The coronavirus outbreak prevented the Hackney Citizen from printing a monthly newspaper for three months.

We are grateful that we have since been able to resume printing. This would not have been possible without the generosity of our readers, whose donations have kept the newspaper from disappearing altogether at a difficult time for residents.

A big thank you to everyone who gave their time and money to support us during the lockdown, and to those who continue to do so as we slowly recover from the dramatic drop in ad revenue, in addition to the challenges that exist. that threaten the future of the local. journalism.

A one-time donation or a regular contribution from anyone who can afford it will help our small team to keep the print journal and website up and running in the months and years to come.

Find out how you can donate.

Thanks for your support and stay safe.