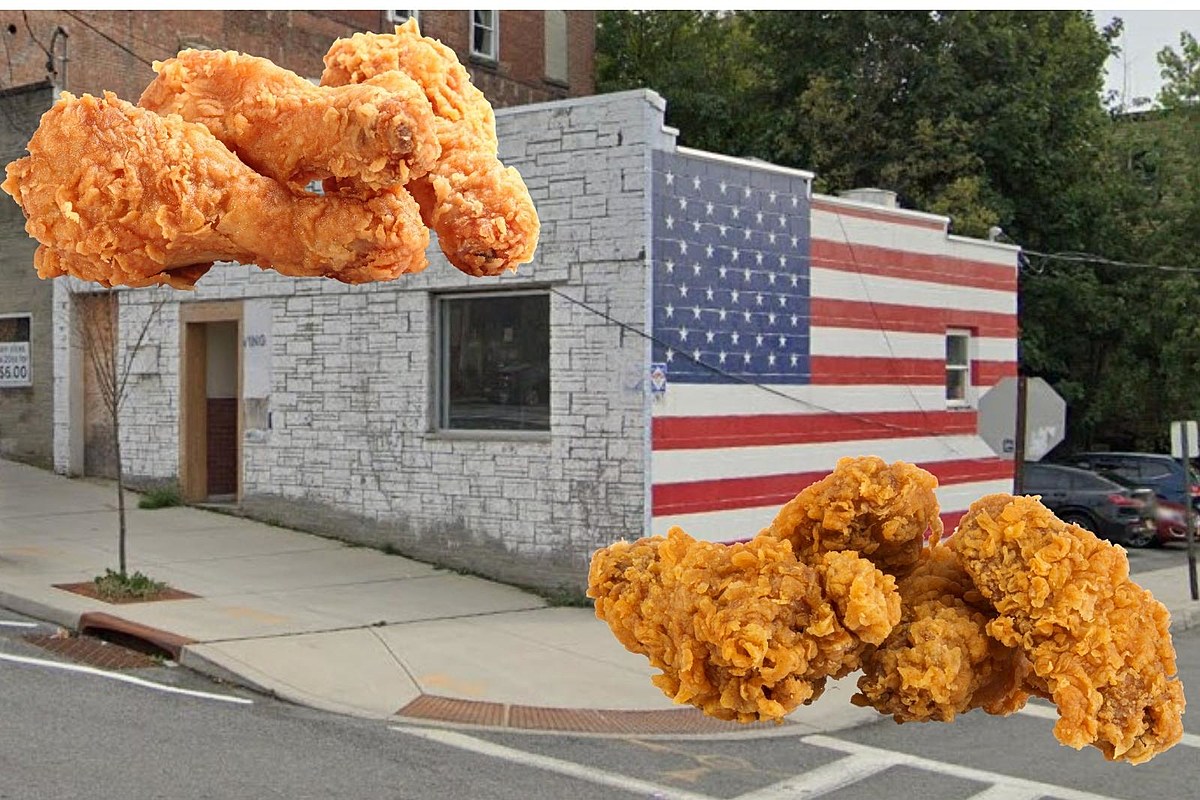 A wildly popular chicken restaurant chain has its eyes glued to an empty storefront in the village of Wappingers Falls.

Wappingers Village continues to attract new business to Main Street. Two years ago, New York City staple Patsy’s Pizzeria chose the Village of Wappingers as its first outpost beyond the New York area. After that, Norma’s, one of Brooklyn’s favorite bakery cafes, opened its second location in the former Graceland Tattoo storefront. With the addition of the Coupe champagne bar and new construction next to the Ground Hog, the Wappingers’ Village seems to be on the move.

Now, it looks like another empty storefront is going to be filled by a take-out restaurant chain that has a huge following in the Hudson Valley. Kennedy Fried Chicken plans to open its new location at 2667 E Main Street. You might recognize the empty building as the one with the giant American flag painted on it on the corner of Market Street across from DiVine Wine Bar.

Kennedy Fried Chicken already has locations in Poughkeepsie, Beacon, Newburgh, Kingston, Middletown, Monticello and New Windsor. The restaurant chain is known for its no-frills menu that highlights fried chicken as well as other foods like hot wings, ribs, burgers, fried fish and even ice cream.

According to the Village of Wappingers, Kennedy Fried Chicken is offering a take-out restaurant that would include a wall sign and another protruding from the building. It’s unclear if the chicken chain plans to keep the American flag mural on the building that has become a Wappingers Falls landmark and popular tourist spot for “selfies.”

8 Hudson Valley Restaurants Recognized as the Best in the Country

Eight Hudson Valley restaurants have been named the nation’s best in the 2022 Wine Spectator Awards.

21 of the most famous foods created in New York

Why did the homophobic chicken restaurant cross CSU?