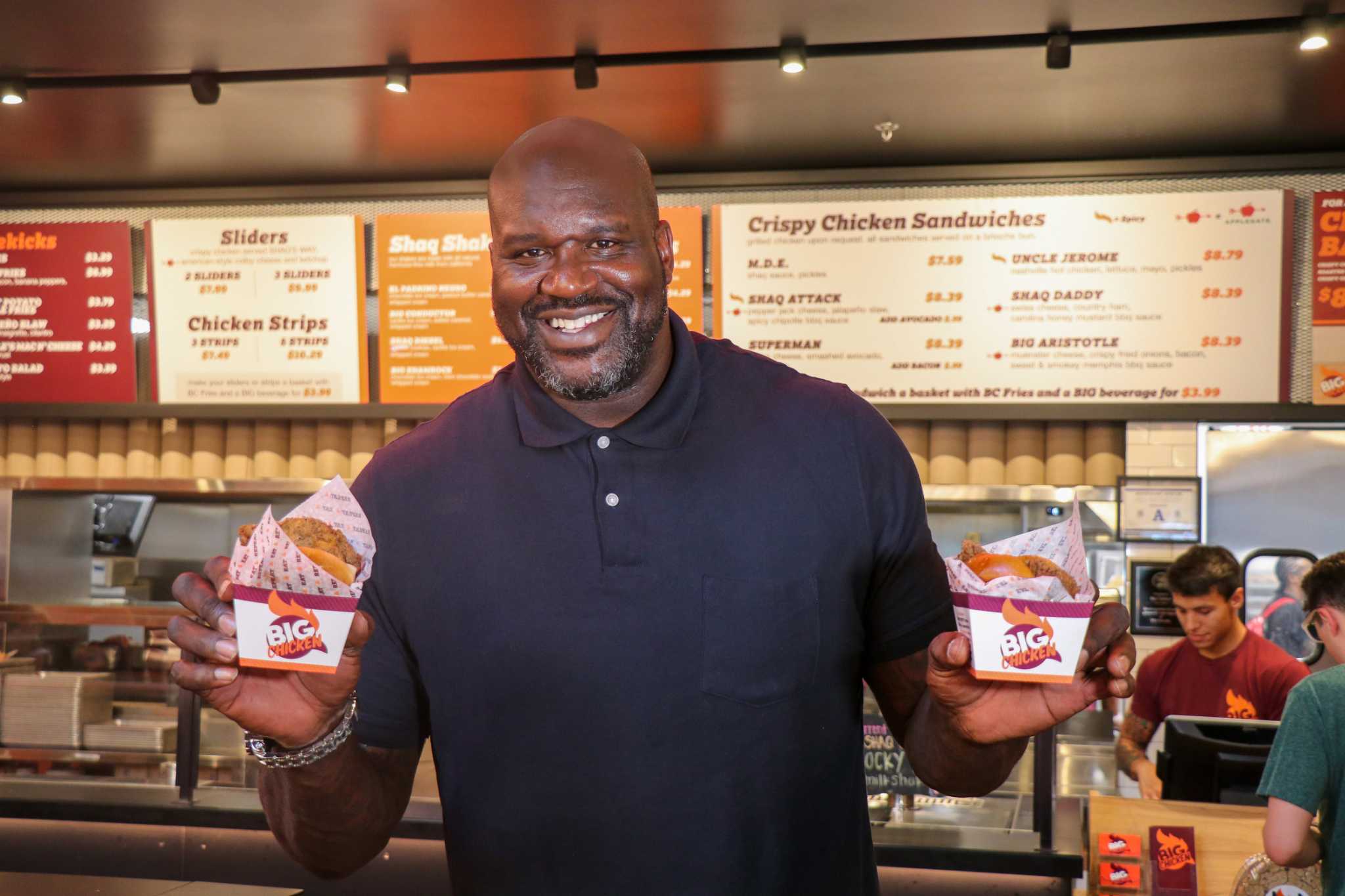 Houston is steps away from opening the first of many Big chicken restaurants, the fast-casual chicken concept owned by Shaquille O’Neal that’s ready to take Texas by storm.

The city’s first franchise location at 9660 Westheimer in South Gessner (Woodlake Square Shopping Center) is set to open in December or early January, followed by an ambitious rollout in Houston, Dallas, Austin and San Antonio. The first Houston Big Chicken is part of eight planning stages in Greater Houston, part of a deployment of more than 50 people over the next seven years in the state’s four largest metropolitan areas by the owners of Texas franchises Fazil Malik, Frank Malik and Noordin Jhaver.

“I’m super excited about this brand and this opportunity,” said Fazil Malik. “Hopefully we will go well beyond 50.”

As the restaurant industry rebounds from the pandemic, Big Chicken is one of the hottest players in the fast-casual market.

“Restaurants in Texas are coming back strong,” Fazil Malik said. “People are turning to new and exciting food brands and concepts.”

Malik said the brand is fitting in well in Texas due to the popularity of fried chicken sandwiches like the ones the restaurant offers, such as the Uncle Jerome (hot Nashville, lettuce, tomato and mayonnaise), the Big & Sloppy (stuffed with macaroni and cheese and crispy onions), Big Aristotle (muenster cheese, fried onions and Memphis barbecue sauce) and the Shaq Attack (pepper jack cheese, jalapeno salad and spicy chipotle barbecue sauce). The sandwiches are made with chicken breast, though chicken tenderloins and chicken nuggets are also on the menu, along with side dishes including Cheez-It crusted macaroni and cheese.

“The food speaks for itself. The chicken breast for the sandwiches, the main driver, is of the highest quality free-range and antibiotic-free,” Malik said. “Most of the chicken sandwiches I’ve seen are made with chicken fillets. Once Texans get a taste of this real chicken sandwich, they’ll know the difference and distinction of this brand.

The restaurants planned for Texas will be approximately 2,800 to 4,000 square feet in size. Some, including the first in Houston, will have full bar programs.

The partners have a common history of businesses where customer service is essential. Fazil Malik is the owner of Northwest Petroleum, a gas station and convenience store company operating more than a dozen QMarts in the Houston area. He and Frank Malik own Skylark Construction, a retail and restaurant development and construction company. Jhaver owns Dew Real Estate, a restaurant and real estate company; it is also the operator of several units of more than 50 Sonic restaurants.

The partners are keeping their fingers crossed that O’Neal will make an appearance with the opening of Houston’s first restaurant.

Greg Morago writes about food for the Houston Chronicle. Follow him on Facebook Where Twitter. Send him topical tips at [email protected] Listen to him on our BBQ State of Mind podcast to learn more about barbecue culture in Houston and Texas.

Should I take out a personal loan? 3 things to consider