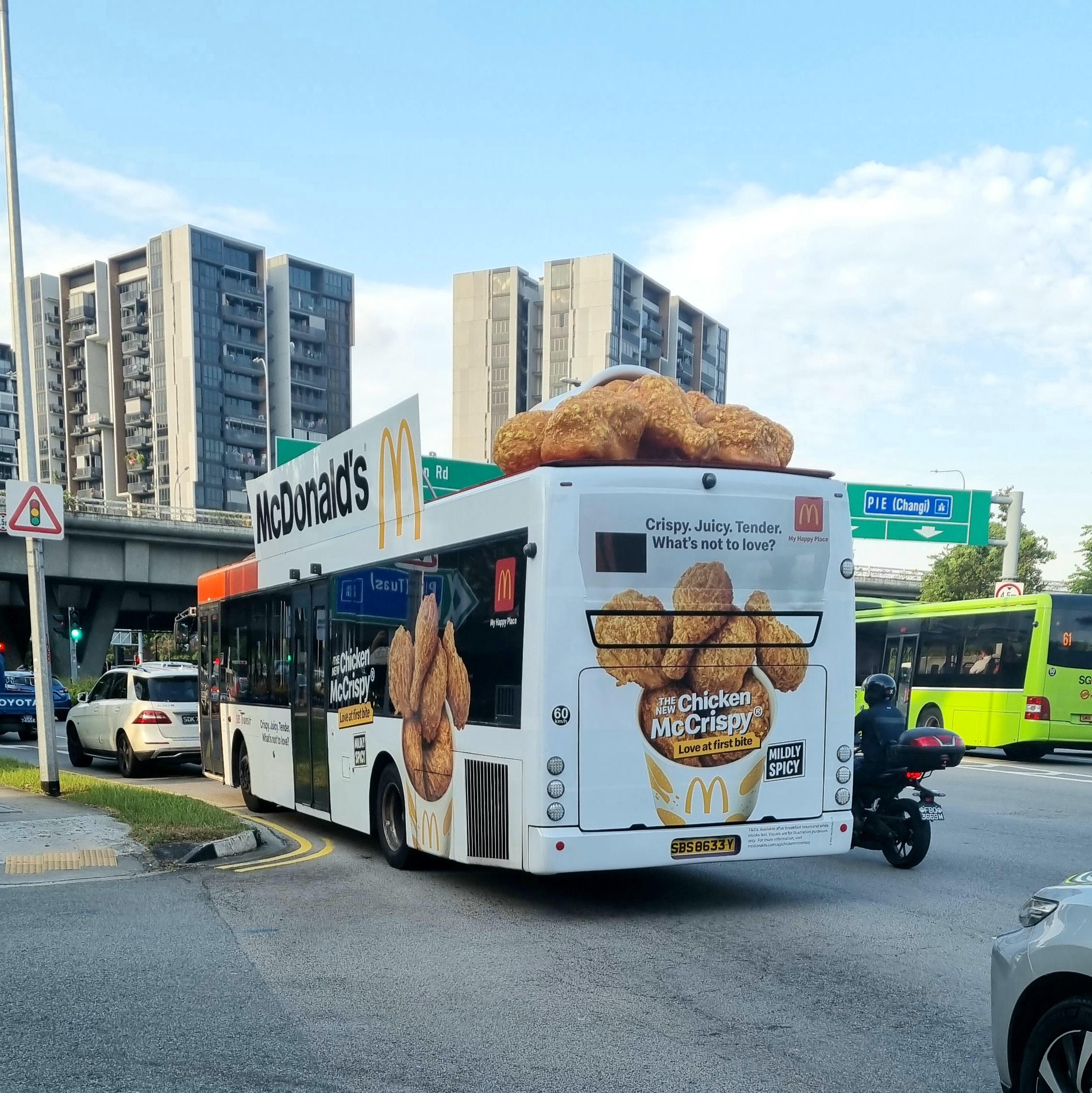 After a user online shared a photo of how fast food chain McDonald’s marketed their new Chicken McCrispy, netizens flocked to the post, donating their two cents on the meal at hand.

It’s not every day that you see a big piece of chicken fall on a bus as a marketing tool. However, in the case of McDonald’s marketing strategy for its new Chicken McCrispy, which launched on July 1, it seems to have been successful in gaining people’s attention.

A Reddit user with the handle @twokrabbypatties took to the online news forum Tuesday, July 27 to share a photo of a chicken clad bus. “Has anyone ever seen this kind of advertising on buses?” It makes me hungry for McCrispy, â€the caption said.

With over 300 upvotes, the post caught the attention of other Redditors, who flocked to the comments section and took in the McDonald’s menu.

While some expressed sudden envy at the sight of the shared photo, others discussed the details, with some saying they preferred the McSpicy.

There seemed to be a divide about it, however, as others said they actually liked the McCrispy and didn’t appreciate the effects McSpicy had on their digestive system.

Despite this, when it comes to marketing, it’s like they say: all advertising is good advertising.

Has anyone ever seen this kind of advertising on buses? It makes me hungry for McCrispy from Singapore

Send your scoops to [email protected]

Which fast food chain has the best chicken sandwich? The winner is...