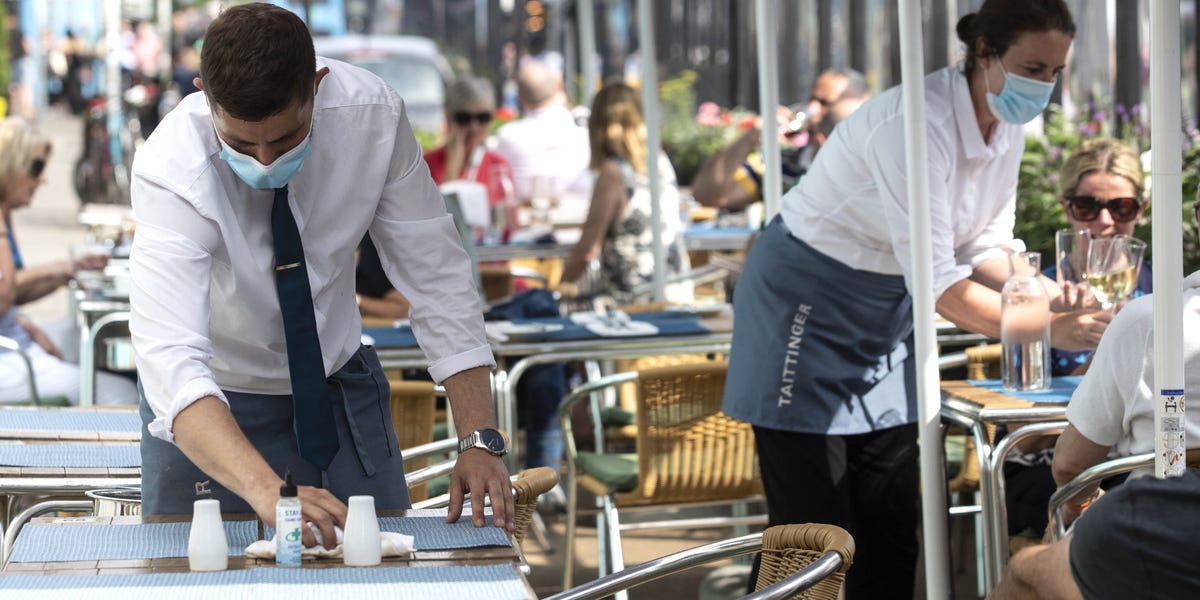 The owner of a chicken restaurant near Harrisburg, Pa., Says he has increased menu prices every month since May because labor and food costs keep rising. Diners now pay 25% more for certain items.

Devor told Insider that before the pandemic he typically had between eight and 12 staff in the cafe rotation.

“Throughout the pandemic, it has been difficult to maintain at least six at any given time,” he said, adding that he had had to bring in family members after he was dropped to four at one point.

Workers quit their jobs in search of better wages, benefits and working conditions. One of Joey’s Chicken Shack’s longtime employees has moved to another area, Devor said.

Devor increased wages from $ 9 an hour to between $ 10 and $ 12 an hour to attract more staff, and began providing full-time employees with medical, vision and life insurance after 60 days.

Speaking of staff salaries, Devor said, “I think they deserve more. It’s just difficult because we started with very little and we have our bills to pay.”

Supply chain issues, including labor shortages affecting industries from agriculture to trucking, have skyrocketed the prices of staple foods like frying oil, chicken and vegetables. packaging. Coupled with rising labor costs, this has forced restaurants to increase their menu prices.

Devor has assessed the restaurant’s prices every three months since the start of the pandemic. “And since May [2021] we have increased the prices every month, ”he said.

“The first few times it was on specific areas of the menu, the last two times were almost completely through the menu,” he added.

Between May and September, Joey’s Chicken Shack increased the prices of quesadillas and chicken fillets by 25%. Nachos went from $ 9 to $ 11, and tex-mex loaded fries with pico de gallo and sour cream from $ 9.79 to $ 14.

Devor said he wanted to raise prices further so he could pay his staff higher salaries, but was concerned that this would deter diners.

“Some industries have relied on low wages for so long that it has been difficult to raise prices to meet the increased expenses,” he said. “Some people are going to be uncomfortable with the level of increase that is going to come with certain prices. Inflation occurs and the inability to keep wages low will add to it.”

Other restaurants in the United States have also increased menu prices and reduced opening hours due to rising labor and food costs.

Kelly’s Gingernut Pub in Cape Charles, Va. Has stopped taking out food and closed its kitchen earlier each day after being unable to find enough staff. Co-owner Colleen Kelley said she also changed the restaurant’s menu, after the price of meat and frying oil roughly tripled.

Robin LaForge, owner of Cheniere Shack in West Monroe, Louisiana, decided to close his restaurant two days a week and close it earlier on opening days after its workforce shrank by about three-quarters. He told Insider that this prompted him to restructure the menu and cut some specials as well.

Other restaurants poached their rivals’ staff, closed their dining halls, and even shut down permanently because they couldn’t find enough staff.

It is the best fast food chain of 2021, according to customers