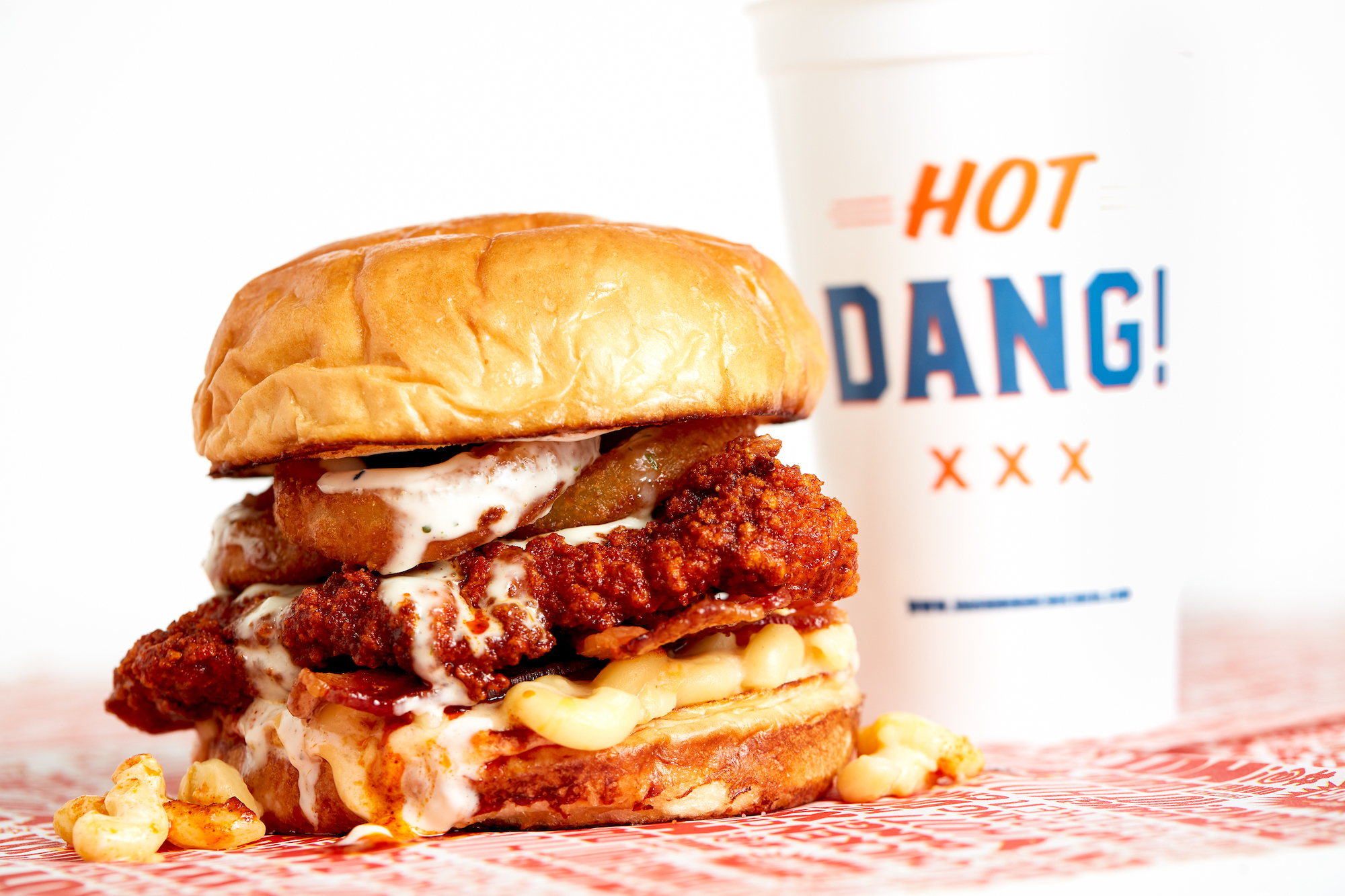 In recent years, few trends have taken hold of the nation like Nashville Hot Chicken. Following in the footsteps of other now ubiquitous trends like poke, spicy fried chicken has spread far beyond its geographic boundaries, now touching every corner of the country. This includes the Oklahoma City metro area, where the Nashbird Hot Chicken concept has four locations and counts.

The restaurant was founded in 2017 by Marc Dunham, whose resume includes owning a local Mexican restaurant and running a culinary school. He opened the first Nashbird location in Automobile Alley, a popular dining and nightlife district known for its century-old brick buildings and neon signs. Five years later, Nashbird has expanded into the suburbs of Norman, Edmond and Midwest City and also operates a food stand at Gaylord Family Oklahoma Memorial Stadium, home of the Oklahoma Sooners football team.

“We started with bone-in chicken, and even though you hear on social media that people like bone-in chicken, that just wasn’t the case,” Dunham said. “Only six out of 100 customers ordered bone-in, and most people bought boneless breasts and tenderloins.”

Hot chicken remained, but the concept shifted to tender chicken baskets, sandwiches, wraps and tacos. The menu also includes chicken and waffles, a hot chicken salad, and sides like fries, coleslaw, and cucumber and onion salad. Chicken is available in four heat levels.

The hot! The chicken sandwich ($12) with coleslaw, pickles and lemon mayonnaise on a brioche bun is a best seller, and the Nashvillain ($12.50) topped with macaroni and cheese, bacon, onion rings and ranch dressing is also a fan favorite. Each location has a full bar, including spiked slushies like a dry frosé and an ice cold Jack and Coke.

Nashbird locations average around 2,500 square feet, with counter seating and dining tables. Customers order at the counter and take their drinks from the display case before being seated. The brick-and-mortar setup is effective, but Dunham expects to make some updates for future locations.

“Revenue streams have changed with the pandemic,” Dunham said, “so the next prototype could be even smaller, and we’ll have a pickup window.”

He explains that each location is seeing significant third-party delivery and takeout business, accounting for about 40-45% of business since the pandemic began. The pickup window will streamline operations, he said.

Dunham plans to open two more locations in the Oklahoma City metro area over the next two years. He also plans to expand to Tulsa and then out of state.

“Texas is probably the next market for us,” he said. “I grew up there, but it’s also close and huge, so there are a lot of opportunities there.”

He hints at Dallas-Fort Worth, Amarillo or Lubbock as future homes for Nashbird.

“I would like to enter some underserved markets that are not hypercompetitive,” he said. “From a business perspective, our sites are doing quite well in underserved communities.”

Currently all Nashbird stores are company owned, but this may change in the future as Dunham considers a franchise model.

“We are exploring both options,” he said. “I think after the sixth store, we will make that decision.”