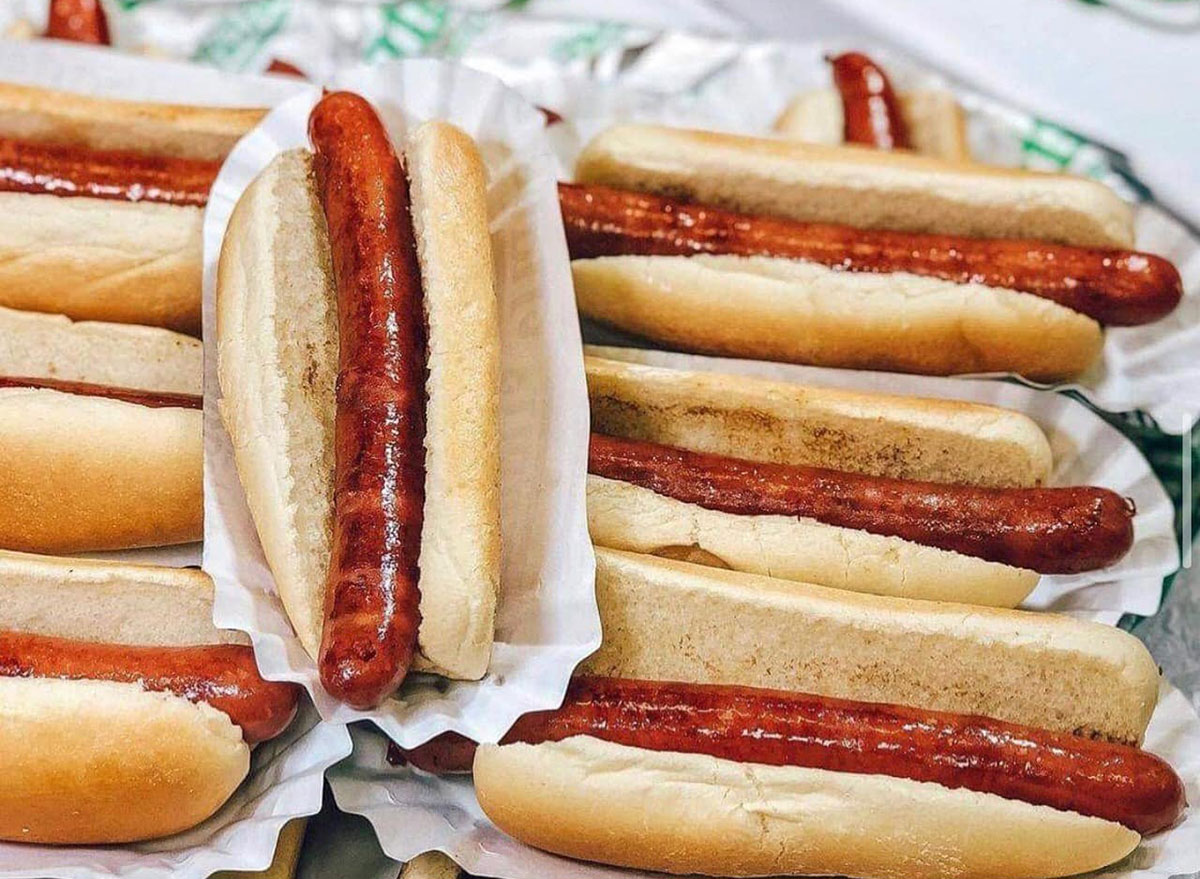 One of America’s most popular hot dog chains is on the path to significant growth. But you won’t necessarily see their physical locations proliferate. Instead, the chain has taken the route of ghost kitchens, a delivery-only business model that cuts operating costs but also offers more convenience to customers.

As Nathan’s Famous heralds a milestone in its growth, company management has revealed exactly what types of locations they are targeting as they attempt to bring their popular hot dogs (along with two other virtual brands) into. all over the country. For more, check out Nathan’s Famous just announced a major change to this iconic item.

â€œWe are proud to announce that we have doubled our ghost kitchens around the world,â€ said James Walker, senior vice president of Nathan’s Famous. Indeed, the chain has reached 223 ghost kitchens in just 13 months, according to a recent press release.

Nathan’s Famous was one of the first to embrace the new delivery-only model, having opened its first ghost kitchen in 2019, long before the pandemic hit. But the concept only gained popularity in 2020, spurred by a new landscape in the restaurant industry that required non-contact relationships with customers.

The chain’s success was also boosted by two other recently launched virtual brands.

RELATED: Don’t Forget To Subscribe to our newsletter to get the latest restaurant news straight to your inbox.

Nathan’s owns and operates two other virtual brands. Wings of New York, launched in 2020, is the brand’s take on the major chicken wing trend that has swept the country in recent years, and particularly during the pandemic. It serves New York style chicken wings and Harlem chicken and waffles.

This year, the chain announced that it will also be resurrecting Arthur Treacher’s, an iconic ’70s fish and chip chain that once had up to 800 locations, but has all but disappeared.

Ghost kitchens – restaurant concepts without dining rooms, designed only for delivery and sometimes pickup – have been a popular way for restaurant chains to keep operating during the pandemic.

These types of operations do not require as much space as a traditional restaurant with consumer oriented facilities. Their location also matters less as they focus on delivery orders, often fulfilled through third-party apps like DoorDash or Grubhub.

The chain’s senior vice president James Walker said Nathan’s is targeting urban areas with its ghost kitchens, speeding up delivery times and making it easy for customers to pick up their food, according to Business intern.

â€œYou want to go into these more populated areas because that’s where the population density is and be able to do it at a rent that’s achievable from a business model,â€ Walker said.

So if you haven’t already, you can expect to see the popular hot dogs, along with their wings and fish and chip menus available in your town soon.

To learn more, check out the 108 most popular sodas ranked by toxicity.