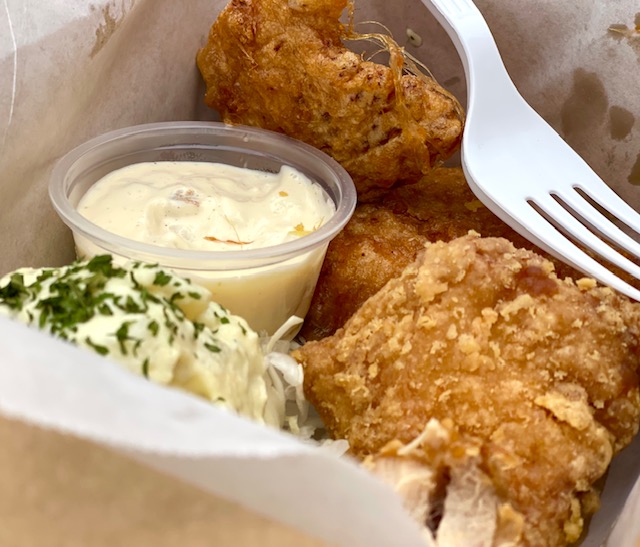 This small walk-in counter, which opened on October 14, is actually the first Torisho establishment in this country. This is a big deal, especially if you are trying to stay away from gluten and miss eating fried chicken because here the chicken can be made with potato starch rather than flour. . Oh, but there’s one thing, it’s not fried chicken, it’s karaage.

What is the difference between fried chicken and karaage? When the chicken is marinated for an extended period of time so that the meat soaks up the seasoning and then is dredged in potato starch, beaten eggs, or panko, and fried, it is karaage. When the chicken is dredged in a seasoned coating containing, for example, eleven secret herbs and spices, it is fried chicken. So it really depends on how the meat is seasoned. (And by the way, the word dredge here refers to the culinary term for coating a chop in flour before being fried, and not pulling mud from the bottom of a river. Just in case there is any confusion. )

Aki the assistant behind the counter asked me to explain how to navigate to order a real karaage for the first time the best way to get a real taste of what Torisho Chicken is (the name means Birdhouse , by the way) is to get the mixed bento box ($ 9.99) as it had both light and dark meat with nanban chicken.

While this makes for a slightly soggy bite, that’s the point, it’s a tasty and filling comfort food that’s easy to eat. The flavor of soy and ginger is slightly sweet, creating a hint of caramel that almost gives the chicken a flavor similar to tamagoyaki, a Japanese omelet roll (which makes sense as they both contain soy and a bit of sugar. ).

If you’re looking for something a little more crispy, try katsu, where white meat is dredged in flour, eggs, and panko, the consistency of panko allowing the texture to be lighter and crispier than the traditional fried chicken.

Opened by Ken Harada, Torisho’s first US site was just one of many projects he had planned. Harada is also a DJ and music producer whose goal was to start “a Japanese music festival, but then COVID happened,” Aki Oba, who signed on to help Harada get Torisho off the ground, told me. 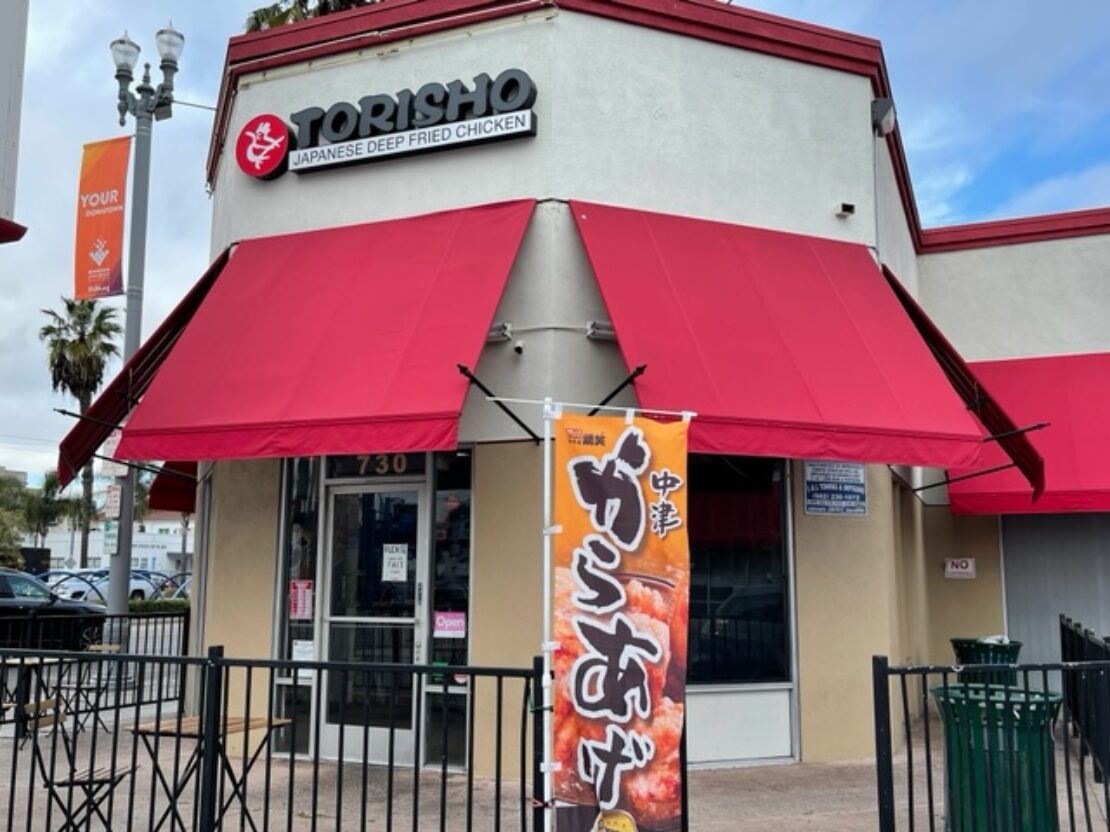 â€œWe’ve been friends for a few years; we’re friends of local DJs, â€Oba says, telling me it’s just her day job. New to Long Beach, she’s also a DJ touring clubs and bars around LA under the name DJ Neko (Instagram: @dj_neko_music). “He (Harada) had several projects, so [when COVID shut festivals down] he decided to do it, â€says Oba. â€œBut the Japanese music festival is coming, hopefully. In the meantime, she’s looking for a place to shoot in Long Beach, and she and Harada spend their days making sure people understand exactly why karaage is so popular in Japan.

The menu offers wings from five pieces ($ 8.49) to 12 pieces ($ 15.49) as well as chicken sandwiches ($ 6.99) and teriyaki ($ 5.99). The nice thing about the bento box is that it comes with a potato salad and steamed rice sprinkled with red shiso, adding a tangy plum note with a slight herbal touch.