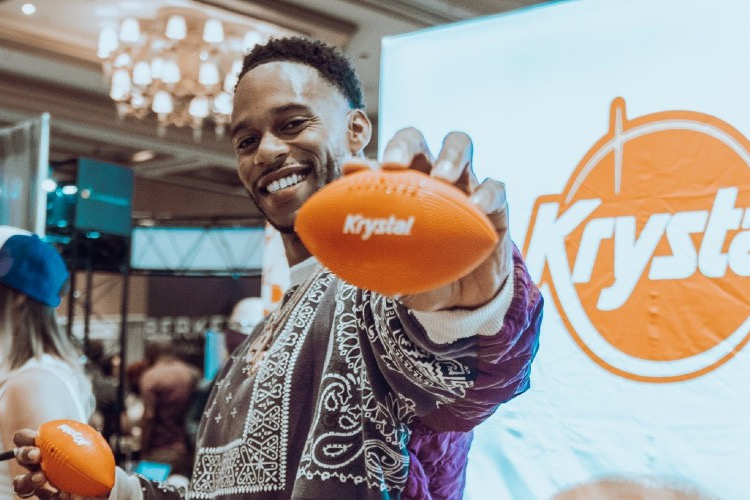 In December, Cruz and slider chain Krystal announced plans to open up to five franchises in New Jersey by the end of 2023 — the first to come in his hometown of Paterson.

He spoke to The Post about being approached by Krystal and why he pursued the opportunity.

“When they told me they wanted to open not just in New Jersey, but in my hometown of Paterson, I felt like it was a no-brainer,” Cruz said. “It was something that I really wanted to focus on, not only to be a part of this franchise in a major way, but also to bring opportunities and jobs to my neighborhood where I see young people really trying to figure it out. If I can be someone to give them a platform.

Like many business transactions, this one was born on a golf course.

Cruz was bonding with his friend Jonathan Childs, an investor on Krystal’s board and owner of franchises in the chain, and their mutual friend Billy Jones (nicknamed Billy J.), whom Cruz describes as a “connector”.

“We just talked about everything: the pros, cons, what Krystal is about, their philosophy. [Childs] gave me a behind-the-curtain peek into it all,” Cruz said. “As we continued to play, I started asking questions. He hinted that they wanted to open in my hometown of Paterson and then expand from there.

“That’s what got me. I am rooted in my hometown and I give back. If anyone wants to reach my heart and soul, they also want to give back to that, and I’m all for it. Once we started to determine the extent of it and I agreed.

Founded in 1932, Krystal currently has approximately 300 franchises in 10 states. The one Cruz is opening in New Jersey is their first outside the SEC country.

Alice Crowder, Krystal’s chief marketing officer, told The Post that she wanted to open in “as many [states] as we can…we are in a very aggressive expansion mode, we have agreements in at least three other states that are in the process of being signed.

As part of the expansion, Crowder was deeply excited to partner with Cruz.

“I think it’s amazing. Let’s go!” Crowder recalls responding immediately when asked how she felt about partnering with Cruz in expanding the channel. “How soon can we do this? Let’s start.

“Krystal as a brand is all about bringing little moments of pleasure into people’s day and making it a little brighter. Partnering with someone like Victor to take him into new territory, as a way of introducing ourselves and helping them broaden their vision, what company wouldn’t love that?”